What’s more, without sufficient action to address climate and behavioural change, already regions – including across parts of Southern Africa – could become uninhabitable by 2050. For those who remain sceptical on the true impacts of climate change one only needs to point to recent extreme weather events.

“From the current drought cycle and the effects of which have been exacerbated by the El Niño, to the polar vortex that is creating a cold, snowy winter for the Northern Hemisphere; these extreme weather changes and conditions are clear indicators of the effects of climate change,” says Alison Groves, regional director at WSP, Building Services, Africa.

World Water Day was commemorated on 22 March and the 2019 theme of “leaving no one behind” looked at access to water as a critical human right. In 2018 the theme focused on “nature for water” and exploring nature-based solutions to the water challenges faced in the 21st century – and it has been earmarked that the theme for 2020 will centre around climate change.

But, what does any of this mean? While observing World Water Day and the carefully thought out and constructed themes each year are all aimed at raising awareness and driving debate on key issues related to water availability and accessibility – there needs to be actual behavioural change across all spheres of society and in every corner of the world to prevent being forced to face the inevitable devastating effects of inaction. Read more: Improving access to water through tech

Stuck in a state of disaster management

According to Karen King, senior associate at WSP, Environment & Energy, Africa: “Possibly the single biggest challenge faced by any water sector is managing available water resources in the country.”

King explains that in the local context, South Africa receives just half of the world’s average rainfall each year and is currently rated as the 39th driest country in the world, where by 2016 eight out of nine provinces were declared disaster areas due to the ongoing drought. “Though some areas have since had some relief with wetter conditions over the Summer months, the rain alone cannot solve all of the country’s constraints or secure enough resources for the future.”

“This is especially true if we consider that 98% of the country’s water is already allocated. Where the sense of crisis that we are feeling at present has further been intensified by two fundamental problems; firstly, demand for water services has grown at a faster pace than the infrastructure, and secondly that people use water as though they are living in a water-rich country, with little regard for conservation,” adds King.

The South African Government has certainly realised the importance of both creating access to and protecting available water resources – where the duality of these priorities creates another layer of complexity.

Some of the important initial steps that have been taken to bring about effective change include getting important governing structures right through the Catchment Management Agencies (CMAs) to regulate and manage water resources under the Department of Water and Sanitation (DWS), and there has been movement to create more clarity on the national and regional plans for water and sanitation infrastructure. Read more: Construction on track for Kigali bulk water supply project

Despite this, Groves indicates that we are not re-engineering water-wise towns and cities fast enough in response to climate change and droughts. “If we just look at the Western Cape, for example, where successive years of drought brought the City of Cape Town to its knees.”

King agrees and indicates that the biggest learning from the Western Cape experience is that Government, at all levels, needs to pay more attention to warnings. “The Western Cape Water Reconciliation Strategy, which was published in 2009, clearly stated that the drought preparedness in the region was inadequate. Further to this, and an important lesson, is that Governments need to react a lot quicker in terms of implementing water restrictions – and need to have the capacity to keep these in place. A positive learning from the experience, however, is that water consumers are actually capable of reducing their water usage.”

Groves added: “Less than a year ago drought was considered the new normal in the region – where water consumption was eventually restricted to 50 litres per person per day. Yet, regrettably, people are quick to forget and, as the rain falls and the dams fill, it almost becomes a distant memory and the urgency to do things differently dissipates.

“What we also forget is that there are other parts of the country where water scarcity persists, and water restrictions have not been lifted. The Eastern Cape is a case in point. The Katse Dam is sitting at 35% of its capacity and primarily feeds Gauteng, where very little water from this dam makes its way to the Eastern Cape watersheds – and this region is still very much feeling the effects of the drought. So, while Gauteng has sufficient water, we need to remember that though rain falls in Gauteng, this is not where the water in our taps comes from – because in reality this water is drawn from three different drainage basins – and we must not be lulled into thinking that everything is okay.”

Traditionally, disaster risk reduction planning has been centred on understanding and reducing what would be the causing factors of disasters. Specific to water; this includes addressing the needs of people in relation to water bodies – including proximity in terms of danger from water bodies and proximity in terms of having access to adequate, safe and quality water.

“More generally than just water, disaster risk reduction is centred on choices we make for our lives and the environment, which is explicitly linked to water management planning. The choices, for example, will relate to how we grow our food, where and how we build our homes, what kind of government we choose, how our financial systems work and even what we teach. Each decision and action will make us as society, specifically, more vulnerable or more resilient to a disaster,” says King.

“And, if we are to move towards more sustainable and future proofed models of water conservation then we must start adopting and implementing more proactive mechanisms and that take all current and future potential water resources into account.”

Groves indicates that, “To support continued and future growth – of populations, industries and economies – long-term planning must be approached with a sense of ‘societal resilience’ in mind; and resilience that can withstand socioeconomic and climatic changes well into the future. Such planning must also incorporate a vision to compensate for extreme weather changes and immediate – or imminent – environmental threats.”

“In truth and quite ironically, we need to be treating our current water resources as if we are in the grips of drought conditions, no matter where we are in the country. Doing so will entrench a countrywide stewardship and culture change towards water consumption and conservation; where responsible and sustainable actions to preserve water resources will become fundamentally central to our way of life. This will not only aid in securing future water reserves for the next few years beyond the current drought – but for future generations too,” concludes Groves. 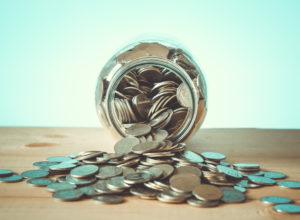