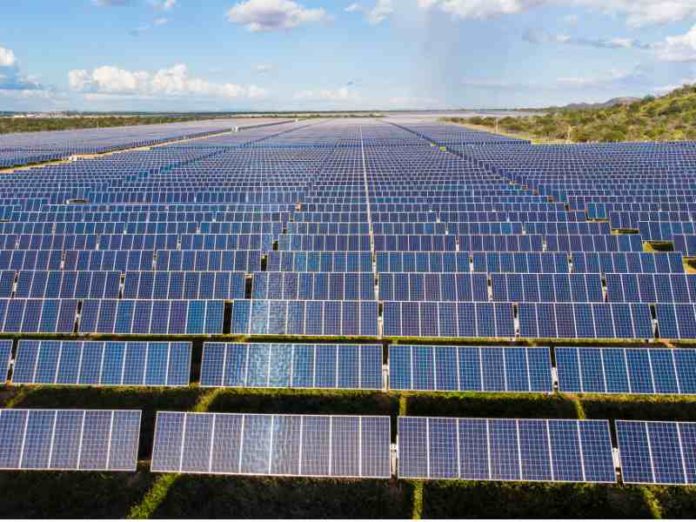 Latin American firm Atlas Renewable Energy has announced that the 156MWp Juazeiro Solar Plant is fully operational and is expected to generate an estimated 357GWh yearly.

Located in Juazeiro, State of Bahia, it includes the first digital substation installed in Latin America, which enhances controllability and reliability.

In a company statement, the firm notes that the total amount invested in the plant was approximately 650 million Brazilian Reals, equivalent to $165 million.

Read more:
Brazil’s renewables capacity to grow at CAGR 6% to 2030

The plant’s 475,200 modules span over 350 hectares and the plant is projected to generate 357GWh annually, which could benefit 207,592 families per year and reduce the emission of more than 47,000 tonnes of carbon dioxide, according to the company’s calculations.

Using the first digital substation in the region, the Juazeiro Solar Plant breaks technological boundaries by advancing in the efficiency and quality of energy distribution.

A digital substation works like the heart of a power grid, transmitting and distributing electricity to distant locations, while increasing local operators’ productivity, safety and reliability.

Carlos Barrera, CEO at Atlas Renewable Energy, stated: “Our goal at Atlas Renewable Energy is to lead solar innovation in Latin America and to continue introducing and implementing the most advanced technologies available in the region. Atlas continuously looks to the next evolution of this industry, while positioning ourselves as a trusted partner that can deliver the highest standard solar installations.”

He recognised the financial support from Banco do Nordeste (BNB), Pactual, Banco ABC Brasil, and Banco Bradesco for their role in accelerating investment in renewable energy projects throughout the country.

“The support from the financial entities has been instrumental; the product of this collaboration is a testament to the role the private sector can play to help support Brazil’s future infrastructure needs,” Barrera added.

“We do so with careful attention to all stakeholders, to ensure a positive effect to the broadest ecosystem. In Atlas, we pride ourselves in granting energy access to over a million people through all our operations in Latin America.”

He continued: “We always aim to set the bar high, and the Juazeiro Solar Plant is another example of this.”

In Brazil, the company operates 304MWp and has an additional 117MWp under construction, totalling 421MWp of photovoltaic projects in the country. In April 2019, Atlas Renewable Energy began construction of its fourth project, the Sertão Solar Barreiras, in the state of Bahia, expected to begin operations in the fourth quarter of 2019.