The World Bank Board of Executive Directors has approved $200 million in International Development Association (IDA) funding for Benin to improve access to electricity services for households, businesses and basic public services.

The Benin Electricity Access Scale-Up Project will embark on densification and extension work to increase access to grid electricity for households, small and medium enterprises and some basic public services. About 2,000km of medium voltage lines and 4,000km of low voltage lines will be rehabilitated or constructed. In addition, 80,000kVA of transformers will be installed in 1,100 locations. At least 20,000 streetlights will be installed in the project target areas.

Atou Seck, World Bank country manager for Benin pointed out the increase in economic gains when electricity availability increases. “This operation will provide social benefits to households and business opportunities to micro, small and medium enterprises that need available and affordable energy to grow.

“Lack of electricity hinders the adoption of modern technologies and lowers the quality of service delivery such as health care, education and other public services. Electrification of schools and clines is critical to improving the country’s education and health indicators.”

Benin: electricity by the numbers

The Benin Electricity Access Scale-Up Project’s proposed development objective is to increase access to electricity services for households, enterprises, and public facilities.  One of the country’s four flagship projects for the electricity sector under the Government’s Action Plan (GAP) is to restructure and modernise its national operator Société Béninoise d’Energie Electrique (SBEE) and its grid to provide all Benin citizens with access to reliable electricity service.

The project will support the implementation of key reforms in Benin’s electrification strategy, complementing the ongoing $60 million Energy Service Improvement Project from 2017. It will also finance technical assistance and capacity building activities in the electrical power sector.

This operation is in line with the results of the Geospatial Indicative Electrification Planning Study completed in November 2020, which shows that by 2025, approximately 91% of Benin’s population would live within 7 kilometres of the grid.

The World Bank’s International Development Association (IDA), was established in 1960 to help the world’s poorest country’s by providing grants and low to zero-interest loans for projects and programmes to boost economic growth, reduce poverty and improve people’s lives. 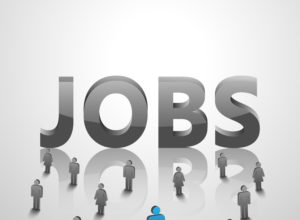