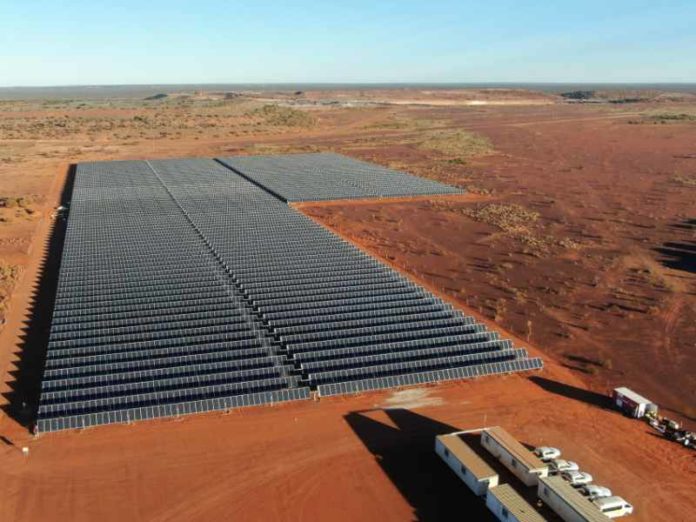 juwi Renewable Energy, the Australia subsidiary of international project developer juwi, has completed the first Stage of the 23MW hybrid power station, which will be Australia’s largest once completed.

In a statement, the firm noted that the hybrid system integrates solar photovoltaic (PV) with gas and diesel generation, to power Gold Fields’ Agnew gold mine, in Western Australia.

Read more: Syama Gold Mine to reduce power bill by 40% through hybrid system

“We have successfully completed the first stage of the development of one of Australia’s largest hybrid renewable microgrid projects,” said Dave Manning, Global Head of Hybrid for juwi Renewable Energy.

Stage one included a 4MW Single Axis Tracking PV installation together with cloud forecasting and an advanced microgrid control system to enable integration with the mine off-grid network.

The power station integrates 4MW solar generation from the solar farm and is underpinned by 19MW of gas and diesel generation. It will soon include other renewable energy technologies coming online in the next stage of the project.

The second stage of the project, which includes 18MW of wind generation, a 13MW battery and an advanced microgrid control system, is currently under construction and due to be completed in mid-2020.

Valued at A$112 million ($76 million), the project has significant implications for hybrid deployment in the mining industry.

The project has the backing of the Australian Renewable Energy Agency with a recoupable A$13.5 million contribution to the construction cost of the project.

Once completed, the Agnew Hybrid Renewable project will be the first to use wind generation as part of a large hybrid micro-grid in the Australian mining sector.

It will have a total installed generation capacity of 54MW, with renewables providing over 50% of the Agnew gold mine’s power requirements, with the potential to increase this further by adopting innovative operational practices such as the dynamic load shedding, renewables forecasting and load control management.