Fossil fuel industries are facing an existential crisis that the COVID-19 pandemic has amplified, potentially accelerating the global transition to cleaner energies and bringing about far-reaching consequences for economies in sub-Saharan Africa.

In 2020, energy consumption and demand are forecast to drop to levels not seen in 70 years, pushing the fossil fuels industry to the brink and opening a window for permanent, structural change in the world’s energy system.

This is according to research commissioned by law firm Bowmans and conducted by Stellenbosch University’s Centre for Complex Systems in Transition.

As a result, the estimated share of renewable energy in global electricity generation reached 26% by the end of 2018 and is expected to climb to 40% this year.

This is being driven by growing investment and falling renewable energy prices, particularly for solar and wind. Per kWh, renewable energy is now cheaper than fossil fuels in most countries around the world, the report says.

Read more:
Switching to solar? This is what you need to know

Meanwhile, fossil fuels appear to be running out of steam, as shown by key performance measures such as energy returns on energy invested (EROI).

The outbreak of the COVID-19 pandemic has compounded the woes of fossil fuels, demand for which is expected to drop 6% overall for 2020, with the United States losing up to 9% demand and the European Union around 11%.

Now, faced with an impending global recession, will we start seeing a reversal of fortunes in the flagging fossil fuel industry and less investment in renewables?

The research findings acknowledge that the pandemic may have slowed the short-term prospects for the energy transition – while at the same time opening up a window of opportunity to ‘bounce forward’ to a sustainable energy future.

“Economic stimulus packages must be configured to protect against the pandemic’s potential short-term subversion of the energy transition. Instead, measures to stimulate investment in infrastructure can support governments’ efforts to tackle the immediate crisis and simultaneously combat climate change.”

The report notes that almost all recovery plans envisage an increase rather than a decrease in investments in renewable energy.

Africa and the energy transition

For the African continent, the implications of an energy transition will be far-reaching.

“Major economies in sub-Saharan Africa are heavily reliant on revenues generated from the extraction and export of oil, coal and gas,” says the report. Nigeria and Angola are Africa’s first and second biggest oil producers, while South Africa, Nigeria and Zimbabwe are leading coal producers.

The report predicts that, although jobs will be lost in the coalfields and oil wells as the low-carbon transition gains momentum, other mining sectors will experience a boom. Many of the mineral resources required for advancements in clean energy technologies are found in Sub-Saharan Africa.

“Countries such as Zambia, the Democratic Republic of Congo and the Republic of Congo produce large quantities of the world’s inputs for solar panels, wind turbines and batteries, including cobalt, nickel-copper, iron, lithium and other rare minerals.”

Cement, produced in South Africa, Mauritius and Tanzania, among others, is another development material needed for renewable energy plants. What’s more, increased demand will create opportunities for regional industries as cement has long-distance transport limitations.

All in all, as the low-carbon transition gains momentum, the demand for materials and resources will increase rather than decrease.

How other economies can benefit

Even African economies without significant deposits of minerals and resources used in clean energy technologies will not be excluded from the benefits associated with the energy transition.

By adopting and implementing low-carbon policies, these economies can position themselves as destinations for renewable energy investments.

“Renewable energy capacity on the African continent doubled between 2006 and 2017, and investment has been exponential,” the report says. Renewable energy investments in Africa and the Middle East jumped from $1.2 billion to $19 billion over this period.

An energy transition harnessing solar and wind capacity could also dramatically improve access to electricity for the continent’s 1.2 billion people.

An estimated 600 million Africans still live without electricity and, with the continent’s population predicted to double to 2.4 billion by 2050, demand for energy will necessarily surge.

“Much like the window of opportunity presented at global level, the possibility to accelerate and steer energy transition processes across the region to advance interconnected climate and development agendas must not be missed.” 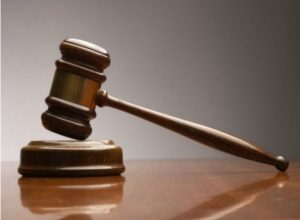