As technology advances, so too does the scope of available renewable energy resources. One example, though not entirely new to the energy market, is the emergence of green hydrogen, which has been driven to the forefront by R&D efforts.

Green hydrogen could offer alternative ways to decarbonise a range of sectors where it is proving difficult to reduce CO2 emissions meaningfully. Hydrogen: a renewable energy perspective – a report issued by IRENA – reveals the hidden value held in this resource. With the falling cost of renewables, the potential of green hydrogen, particularly for so-called ‘hard-to decarbonise’ sectors and energy-intensive industries like iron and steel, chemicals, shipping, trucks and aviation, is rapidly becoming more compelling given the urgency to limit CO2 emissions. This includes direct hydrogen use but also the production of liquid and gaseous fuels such as ammonia, methanol and synthetic jet fuel from green hydrogen.

IRENA sees a global economic potential for 19 exajoule (EJ) of hydrogen from renewable electricity in total final energy consumption by 2050. This potential translates into around 4-16TW of solar and wind generation capacity deployed to produce renewable hydrogen and hydrogen-based products in 2050. However, deployment of hydrogen-based solutions will not happen overnight, IRENA’s report cautions.

Hydrogen might likely trail other strategies such as electrification of end-use sectors, and its use will target specific applications. The need for a dedicated new supply infrastructure may also limit hydrogen use to certain countries that decide to follow this strategy. Therefore, hydrogen efforts should not be considered a magic bullet. Instead, hydrogen represents a complementary solution that is especially relevant for countries with ambitious climate objectives, notes the report.

The role of green hydrogen in the global energy transition

Green hydrogen from renewable sources is a near-zero carbon production route. Significant synergies exist between accelerated deployment of renewable energy and hydrogen production and use. Climate is a primary driver for hydrogen in the energy transition. Limiting global warming to below 2°C requires that CO2 emissions decline by around 25% by 2030, from 2010 levels, and reach net zero by about 2070 (IPCC, 2018). For a reasonable likelihood to stay below 1.5°C of warming, global net anthropogenic CO2 emissions should decline by around 45% by 2030, from 2010 levels, reaching net-zero by about 2050 (IPCC, 2018).

In contrast with these ambitions, emissions have recently risen (UNEP, 2018). Energy-related CO2 emissions account for two-thirds of global greenhouse gas emissions. An energy transition is needed now to break the link between economic growth and increased CO2 emissions, suggests the IRENA report. Hydrogen will be part of emissions mitigation efforts in the coming decades.

At present, each year sees the production of around 120 million tonnes of hydrogen, of which two-thirds is pure hydrogen and one-third is in mixture with other gases. This hydrogen equals 14.4EJ, about 4% of final global energy and non-energy use, according to International Energy Agency (IEA) statistics. Around 95% of all hydrogen is generated from natural gas and coal. Approximately 5% is created as a by-product from chlorine production through electrolysis. In the iron and steel industry, coke oven gas also contains a high hydrogen share, some of which is recovered. Currently, there is no significant hydrogen production from renewable sources. However, this may change soon.

The vast majority of hydrogen today is produced and used on-site in industry. The production of ammonia and oil refining are the prime purposes, accounting for two-thirds of hydrogen use. Ammonia is used as nitrogen fertiliser and for the production of other chemicals. At petroleum refineries, hydrogen is added to heavier oil for transport fuel production and methanol production from coal has increased in China in recent years.

While today’s hydrogen use has limited direct relevance for the energy transition, it has resulted in ample experience with hydrogen handling. Hydrogen pipeline systems spanning hundreds of kilometres are in place in various countries and regions and have operated without incident for decades. There is a long track record of transporting hydrogen in dedicated trucks. Beyond these conventional applications, which have been around for decades, hydrogen use is very modest.

The importance of hydrogen for energy transition has to come from new applications, and its supply needs to be decarbonised. Efforts to ramp up green hydrogen and hydrogen use for the energy transition are increasing in many countries, with an emphasis on larger-scale, more power system-friendly electrolysis. Projects have moved into the megawatt-scale; however, there is a need for further R&D, mass production and learning-by-doing to achieve significant cost reductions.

Water can be converted into hydrogen and oxygen using an electrolyser and electricity. Electrolysis plays a central role in the deployment of renewable hydrogen. In Germany, the transmission system operator, Amprion, and gas net operator, OGE, have presented an investment-ready plan for a 100MW electrolyser and a dedicated hydrogen pipeline in the northwest of Germany that could come online in 2023.

In Mainz, a 6MW electrolyser has been operational since 2017. Germany is mainly active in this context, with over 10 other projects in the pipeline. Similar upscaling efforts are occurring in other European countries as well as in Australia, China, Japan and elsewhere. These developments all point to strong global momentum and a focus on upscaling, notably of electrolyser unit capacities.

In the Rotterdam harbour in the Netherlands, a 2GW electrolyser system is being studied. Also, underway is planned large-scale hydrogen deployment in the province of Groningen. The decision for a 20MW electrolyser is due in early 2020 with a possible expansion decision for 60MW at the end of 2020. The plant would supply hydrogen for methanol and synthetic aviation fuel production. With regards to high-temperature electrolysers, a pilot project in Norway produces synthetic fuel from hydrogen and CO2. The plant is to be scaled-up to provide eight kilotonnes of synthetic crude oil from 20MW of input power.

In addition to its flexibility, it can be noted that hydrogen can be adjusted with gas pipelines for ease of deployment. Pipelines carrying pure hydrogen gas are technically feasible and have operated for decades in various locations including the US, Germany, the Netherlands, France and Belgium. However, the extent of such pipeline systems is limited, and they do not provide an extensive basis for rapid upscaling of hydrogen deployment. In certain parts of the world, significant infrastructure is in place for natural gas transmission and distribution. Such infrastructure can be leveraged to facilitate the delivery of hydrogen, as well as to act as a significant and low-cost source of storage capacity.

The IRENA report states that at low shares, hydrogen can be blended into natural gas without substantial technical challenges. Studies suggest that pipeline systems can be converted from natural gas to hydrogen gas with the limited investment required, but this is case-specific.

Detailed studies have been developed for the UK, where some of the concerns identified relate to embrittlement for current high-pressure natural gas transmission pipelines if converted to pure hydrogen. There is also a concern of reduced energy density and line pack buffer storage, together with a series of regulatory and safety requirements that would have to be adjusted. Further hydrogen embrittlement research has shown that this is not of large influence.

Hydrogen will lead to more fatigue of the pipelines; however, the process can be performed safely and reliably. The fatigue is strongly related to pressure changes in the tubes, which can be an important parameter regarding line packing (the energy storage in the pipeline). Finally, hydrogen can be used to produce synthetic methane, a gas that is fully compatible with existing natural gas infrastructure. However, this adds high cost, in particular for the CO2 supply and methanisation unit, making this an expensive option, although the potential for cost reductions exists.

Joint use of the natural gas infrastructure for hydrogen and natural gas is proposed as a win-win transition strategy. For hydrogen, this would allow for a scale-up of production from renewables and the electrolyser industry by tapping into large, existing demand and its supply chain: in particular, gas pipeline infrastructure. This, in turn, can help leverage the role of natural gas as a low-carbon transition fuel. Strategic use of natural gas infrastructure in the energy transition can benefit large, established energy companies and a nascent hydrogen industry (which is related to the power sector more than the hydrocarbon sector), allowing for a broader constituency to push for the energy transition. Economies of scale to drive cost reductions in hydrogen production from renewables are a priority. In conclusion, if hydrogen is deployed at scale, this can have significant implications for the power sector, and it opens up additional opportunities for renewable power deployment. ESI 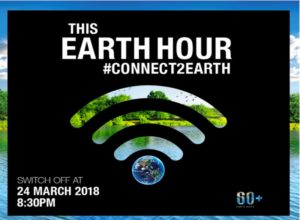