Amazon has announced that it will purchase wind power generated by three wind farms in Ireland, Sweden and the US as part of its long-term goal to power all Amazon Web Services global infrastructure with renewable energy.

According to e-commerce firm, these projects will deliver wind-generated energy that will total over 229MW of power, with generation of over 670,000MWh of renewable energy annually.

Amazon has committed to buying the energy from a new wind project in Ireland, a 91.2MW wind farm in Donegal.

The Donegal wind farm project, which will be developed by Invis Energy, is expected to deliver clean energy no later than the end of 2021. The wind farm in Donegal, which will be built without any subsidies, is not subject to the public service obligation (PSO) levy and will be undertaken at no cost to the Irish energy consumer. As such, it is the first unsubsidised corporate Power Purchase Agreement (PPA) project in Ireland.

Amazon will also purchase 91MW of power from a new wind farm in Bäckhammar, Sweden, which is expected to deliver renewable energy by the end of 2020. Read: High-resolution wind resource map for South Africa, now available

The wind farm project in Tehachapi, California is expected to bring up to 47MW of new renewable energy capacity by the end of 2020.

“Each of these projects brings us closer to our long-term commitment to use 100 percent renewable energy to power our global AWS infrastructure,” said Peter DeSantis, Vice President of Global Infrastructure and Customer Support, Amazon Web Services.

“These projects are well-positioned to serve AWS data centers in Ireland, Sweden, and the US. We expect more projects in 2019 as we continue toward our goal of powering all AWS global infrastructure with renewable energy.”

“AWS’ investment in renewable projects in Ireland illustrates their continued commitment to adding clean energy to the grid and it will make a positive contribution to Ireland’s renewable energy goals,” said Taoiseach Leo Varadkar.

Varadkar added: “As a significant employer in Ireland, it is very encouraging to see Amazon taking a lead on this issue. We look forward to continuing to work with Amazon as we strive to make Ireland a leader on renewable energy.”

“By 2030, 70% of Ireland’s electricity will come from renewable sources,” said Minister for Communications, Climate Action and Environment, Richard Bruton, TD.

“Today that figure is at 30%. We must step up our ambition across the board. Projects led by the corporate sector will be a crucial part of our overall plan to deliver on this target. This announcement by Amazon is a landmark deal in Ireland, the first such corporate agreement in our country to provide unsubsidized renewable energy,” Bruton added.

“We are delighted to partner with Amazon and support them to reach their 100% global renewable ,” said Emma Tinker, Chief Investment Officer, Invis Energy.

Tinker noted: “Building the first subsidy-free project in Ireland is an incredibly exciting milestone both for the country and for Invis Energy.” 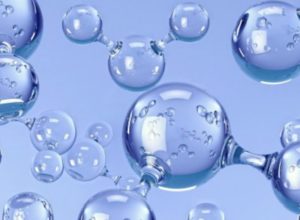