The call is in order to create the certainty required to attract foreign investment. The document has not been updated since 2010, SAWEA stressed in a press statement.

“Pressure for the release of the IRP is mounting across all energy technologies. This is perfectly understandable as this Plan provides a clear technology investment roadmap, which is essential to investor certainty, over a multi-decade time horizon,” said Ben Brimble, project manager for Windlab Developments SA and the head of SAWEA’s policy and markets working group.

Brimble explains that the finalisation of the IRP is important to confirm investor certainty to 2030 and that the policy uncertainty that the sector is currently facing, directly results in international investors looking to other markets to invest.

“If we aren’t able to provide clear policy, South Africa will continue to lose out on investment into this county. We are competing against the rest of the world when it comes to the investor dollar,” added Brimble.

Given the country’s enormous socio-economic challenges, the plan should be based on a least-cost solution and technology mix in support of socio-economic development and environmental sustainability.  The country’s economy is not at a stage where it can continue to wait for this critical investment roadmap, says SAWEA.

In his State of the Nation Address (SONA), President Ramaphosa emphasised that South Africa had the opportunity to take the lead on low-carbon industrialisation and ‘green growth’ calling to increase the contribution of renewable energy to SA’s national generation mix.

However, the SONA failed to say when the very outdated IRP will be finalised.

Read more on what President Ramaphosa had to say in his SONA here.

“Ramaphosa’s very positive tone has not yet filtered down to concrete decisions with regards to policy, so we continue to wait on NEDLAC and hope for a green light soon,” said Brimble.

The draft IRP was tabled in August 2018 for public comment and an updated version was issued in March 2019. As it stands the IRP outlines coal-fired energy supplying 46% of SA’s energy mix by 2030 with further decommissioning of coal generation up until 2050. The supply of solar, hydro and wind sources is set to increase as a proportion of total generation.

Such certainty is particularly important for growing job-creating prospects in South Africa’s wind energy manufacturing sector. Additionally, the Department of Energy’s IPP office is unable to announce a Bid Window 5, which would procure new renewable energy from IPPs, until the IRP is updated, hence the wind industry anxiously awaits its finalisation.

The R80 billion South African wind industry is a product of one of South Africa’s most successful public-private-partnerships, given its potential to attract investment, create significant numbers of jobs and contribute to the country’s green economy and social objectives of the National Development Plan (NDP). 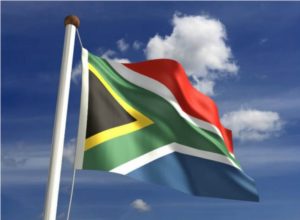 Stakeholders meet to discuss the security of energy supply