The Biden-Harris victory at the US Election signals a new era of federal climate policy in the US because President-elect Joe Biden campaigned on clean energy and climate resilience as core to his plans for the country.

One of Biden’s key promises is to make $2 trillion of investment in clean energy and climate-resilient infrastructure a core pillar of his economic recovery and jobs programme.

Even before Biden was declared the president-elect he promised via Twitter to return the US to the Paris Agreement. He did so exactly three years after President Donald Trump withdrew the country from the international climate change forum.

According to Adrien Salazar, senior campaign strategist for climate equity platform Demos, the Joe Biden/ Kamala Harris victory is the result of millions of people mobilising and engaging with the US democracy to demand a liveable future.

“This victory delivers a resounding repudiation of the corporate interests and white supremacist ideology that have driven the current administration for the last four years. The people have spoken and they have decided we are done with Trumpism, done with climate denialism, and done with the stranglehold of fossil fuel corporations on our political system. Joe Biden’s commitments to confront the climate crises helped propel him to victory, and now his administration must act to realise the thriving future we all deserve,” said Salazar.

US election results means it’s back to the Paris Agreement

On Friday night [6 November], Biden delivered a speech saying his victory would give him “a mandate for action on COVID, the economy, climate change, systemic racism”.

The prime minister of Fiji and the former president of the Maldives, two islands facing submergence by the year 2100 thanks to climate change, were among the first to congratulate Biden and say how much they look forward to the US rejoining the world in its efforts to fight climate change.

While Trump did signal the country as a whole would exit the Paris Agreement at the time, several governors of American states broke ranks.

US Climate Alliance executive director Julie Cerqueira on the Paris Agreement Exit: “The United States led the world in forging this strong, historic agreement and now stands alone in abandoning it. We believe all leaders have a critical responsibility to address the global climate crises. No matter the results of the election, the 25 governors of the bipartisan US Climate Alliance reaffirm our commitment to supporting climate action and the Paris Agreement, and urge the US federal government to rejoin the Paris Agreement and return to global leadership on climate.”

A likely Republican majority or very close Senate means the Democratic Party would have a tough time getting a green stimulus package with substantial climate measures passed. However, Biden can use the presidential executive authority to rejoin the Paris Agreement, recommit to the Green Climate Fund, call on other countries to strengthen climate ambitions and push for a ban on fossil fuel subsidies.

Domestically, it is easier to undo policies than create new ones so Biden can reinstate and strengthen environmental regulations that were rolled back under the Trump Administration, require clean energy adoption and restrict further fossil fuel development.

It is expected that he would make stimulus and infrastructure early priorities for the next Congress and administration, providing a key opportunity to pass climate-friendly policies that simultaneously aid in economic recovery and for which there is strong popular support.

Fracking emerged as a major issue in the final days of the campaign, bringing the energy transition and winding down oil industry into the political spotlight. The Trump campaign viewed the issue as a weakness for Biden in battleground states, such as Pennsylvania. But, these attacks seemed to have failed to reshape the race.

In many counties where there is significant fracking taking place, Biden’s margins improved against Trump versus Hillary Clinton’s numbers in 2016. Not only did a poll in Pennsylvania before the election show wide support for climate action but the election also saw Democrats hold their ground in state-level races, setting the scene for states and the federal government to both more forward on climate-related matters.

Principal advisor on finance to Mission 2020, Sue Reid, said despite the Trump administration’s efforts to prop up outdated and polluting fossil fuels over the past four years, clean energy has proven its resilience and ability to win in the market. “Now, as Trump-era headwinds are reversed, clean energy is expected to scale much more rapidly and deliver on its unparalleled promise for job creation, pollution reduction and economic opportunity. Investors are ready to ride this tidal wave.” 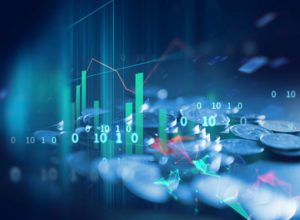