Major announcements by government and private sector leaders at the United Nations Climate Action Summit in New York have boosted climate action momentum and demonstrated growing recognition that the pace of climate action must be rapidly accelerated.

Some 77 countries committed to cut greenhouse gas emissions to net zero by 2050, while 70 announced they will either boost their national action plans by 2020 or have started the process of doing so.

Over 100 business leaders delivered concrete actions to align with the Paris Agreement targets, and speed up the transition from the grey to green economy, including asset-owners holding over $2 trillion in assets and leading companies with combined value also over $2 trillion.

Many countries and over 100 cities – including many of the world’s largest – announced significant and concrete new steps to combat the climate crisis.

“We can win this race”, says @antonioguterres
as #ClimateActionSummit ends. “Summit was a boost, but we are not there yet, have a long way to go. Need more action from more countries and businesses. Repeat my appeal to nations: no new #coal beyond 2020!”https://t.co/BtAi1sFJqV pic.twitter.com/TLL7wyGbj9

A large number of smaller countries, including small island developing states and least developed countries, were among those who made the biggest pledges.

This is despite the fact they have contributed the least to the problem.

UN Secretary-General António Guterres said: “You have delivered a boost in momentum, cooperation and ambition. But we have a long way to go.”

“We need more concrete plans, more ambition from more countries and more businesses. We need all financial institutions, public and private, to choose, once and for all, the green economy.”

Youth leaders including Greta Thunberg drove home the urgency of greater action by leaders, and their determination to hold leaders to account.

Major announcements made included France pledging that it would not enter into any trade agreement with countries that have policies counter to the Paris Agreement, and Germany committing to carbon neutrality by 2050.

Twelve countries made financial commitments to the Green Climate Fund, the official financial mechanism to assist developing countries in adaptation and mitigation practices to counter climate change. This is in addition to recent announcements from Norway, Germany, France and the UK who have recently doubled their present contributions.

Other key headlines were:

• India pledged to increase renewable energy capacity to 175GW by 2022 and committed to further increasing to 450GW, and announced that 80 countries have joined the International Solar Alliance;

• China said it would cut emissions by over 12 billion tonnes annually, and would pursue a path of high quality growth and low carbon development;

• The European Union announced at least 25% of the next EU budget will be devoted to climate-related activities;

• The Russian Federation announced that they will ratify the Paris Agreement, bringing the total number of countries that have joined the Agreement to 187;

• Pakistan said it would plant more than 10 billion trees over the next five years.

Source: This article was originally published on our sister website Power Engineering International 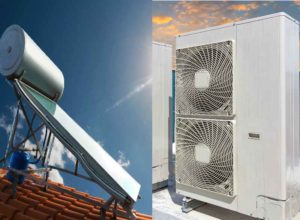 Policymakers urged to attend to renewable heating and cooling solutions