RES4Africa Foundation and AFRY says Tunisia could achieve its decentralised renewable energy sector development by opening its market to private investors and improving the energy off-taking conditions by increasing the attractiveness of its self-consumption regime.

This is according to a new study examining the barriers to unleashing the development of decentralised routes to market for renewable energy sources in Tunisia. Think tank RES4Africa Foundation and Swiss-Finnish EPC AFRY collaborated on the study within the framework of the Foundation’s strategic programme, RES4MED.

That framework sets up a benchmark comparison with other states such as Egypt, Chile and India, featuring similar conditions in the renewable energy market.

Tunisia is one of the most dynamic and fast-paced renewable energy markets in the MENA region, according to the study’s introduction. The country aims to reach 30% renewables penetration on domestic generation by 2030.

Have you read?
Change in capital, policy and job energy narrative needed to reach net zero

Tunisia’s power sector is centralised and controlled by national utility company by Société Tunisienne de l’Electricité et du Gaz (STEG). The utility owns and operates the transmission and distribution system while owning most of the domestic generation capacity and maintaining control over its development.

According to the study, by following its strategy the Government has removed the subsidies for industrial clients, producing a 35% rise in the electricity price for these consumers. “The mechanism behind the review of the tariffs is not fully transparent, introducing a source of unpredictability also for private investors looking into develop new renewable projects.

“In the future, the electricity sector is expected to increase its relevance in Tunisia, driven by increasing power demand. After a slowdown in recent years due to socio-economic contingencies, demand is expected to steadily grow in the next decade going from the 15.5TWh in 2018 to 30TWh in 2030, after which the increase of demand will continue setting around 60TWh in 2050,” the study explains.

Have you read?
Getting Tunisia ready to meet renewables targets by 2030

As the study points out, the Tunisian regulatory frameworks now allows for the development of decentralised generation capacity through self-consumption and self-production, opening the game to independent power producers from the private sector.

Unleash Decentralised Development in Tunisia – Enabling the development of decentralised routes to maket for RES in Tunisia says the three actions that will help the north African country to improve its energy sector and create new workplaces are:

Recommendations for the way forward

Nonetheless, what emerges from the analysis is that the participation of independent power producers is still consistently hampered by multiple factors:

The recommendations that RES4Africa’s study outlines focus on providing specific regulations while enforcing them with adequate regulatory entities. Stabilisation of energy tariffs combined with quicker and smarter permitting procedures and adequate remuneration for the production of energy surplus are further goals to be reached to creating a renewable energy market characterised by an adequate openness, attractiveness and readiness for private international investments. 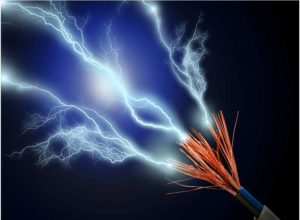