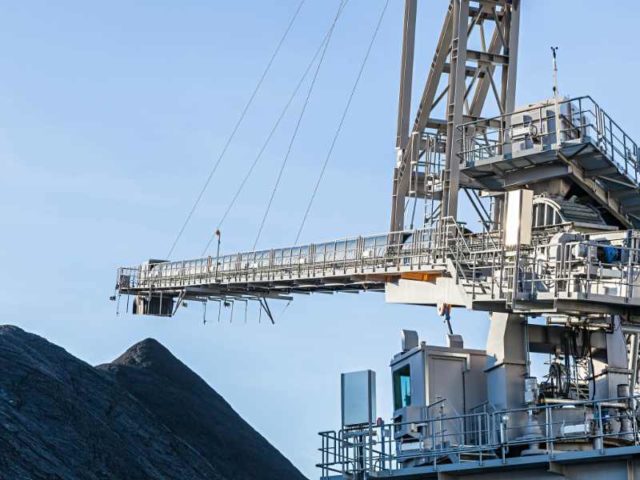 The move follows a landmark shareholder vote in favour of a climate risk-related shareholder resolution which was tabled at the bank’s May 2019 Annual General Meeting. The resolution compelled the bank to “adopt and publicly disclose a policy on lending to coal-fired power projects and coal mining operations.”

Standard Bank published its Coal-Fired Power Finance Policy in July 2019. The release of the Thermal Coal Mining Policy discharges the bank’s obligations in relation to the 2019 shareholder vote.

The bank’s Thermal Coal Mining Policy covers:
(1) The provision of financial products and services to thermal coal mining projects (new and expansions) and all associated mine-site activities (from planning, development, processing, rehabilitation and mine closure);

Standard Bank states in this policy that it “supports the goals of the Paris Agreement and recognises that climate change is a material risk to its ability to generate value for its stakeholders over time”.

The bank refers to the historical importance of thermal coal as a source of energy in several African countries, and says that it “expects to continue to play a role in the financing of thermal coal mining investments on the continent”, but that “over time, the move towards a diversified energy mix will see the reliance on thermal coal-derived energy reducing.”

Therefore, the policy does not rule out the financing of coal mining operations, other than “Mountaintop Removal mining activities”, which Standard Bank says it will not finance.

Standard Bank refers to a number of factors that it will consider in evaluating thermal coal transactions, most of which refer to ensuring that the proponents of the projects are in compliance with relevant laws and regulations.

Significantly, the bank emphasises that it will “consider the energy situation in the region and future energy demand in relation to government energy strategy, climate change, carbon commitments and adaptation plans”, and that it will “endeavour to manage its exposure to thermal coal mining, where practicable, in the countries in which it operates in line with each country’s national energy plan and energy mix …as countries implement their national [sic] determined contributions[1] to reducing GHG emissions as per the Paris Agreement”.

The bank states that South Africa’s current nationally determined contribution (NDC) is not aligned with the goals of the Paris Agreement (and this is also true of many of the other countries in which Standard Bank operates). “Our current GHG emission reduction commitment is rated as “highly insufficient” by Climate Action Tracker. This means that “if all government targets were in this range, warming would reach between 3̊ C and 4̊ C,” states the bank.

According to Standard Bank, financial institutions across the globe have an essential role to play in ensuring that the Paris Agreement goal of “making global finance flows consistent with a pathway towards low GHG emissions and climate-resilient development” is achieved.

“In most countries in the world, government policy is insufficient to meet the goals of the Paris Agreement. If Standard Bank – or any bank – supports the goals of the Paris Agreement, it should not link its policy decisions on fossil fuel financing to government strategies and policies unless those strategies and policies are explicitly Paris-aligned,” says the bank.

Tracey Davies, director of Just Share, says: “The devastating human and financial cost of climate change has seen the financial services sector in general, and banks in particular, come under increasing pressure globally to demonstrate leadership on the issue.

“Locally, Standard Bank and its climate-conscious investors have set an encouraging precedent in the fight for climate justice. We are now looking to accelerate the pace at which banks and other institutions disclose and manage climate-related risks and opportunities as part of South Africa’s just transition to a low carbon economy.”