Mboweni stated this when he was introducing the Special Appropriations Bill aimed at assisting Eskom with additional financial support during a sitting of the National Assembly on Tuesday.

Read more on: Will a special bill save South Africa’s Eskom?

The minister said: “Although government has committed R23 billion to be allocated to Eskom over the next three years, Eskom’s funding plan is dependent on their ability to raise additional financing from the market, which in turn requires them to be a going concern.

“It is therefore important to note that the proposed financial support for 2019/20 and 2020/21 financial years addresses the going concern status and enables Eskom to honour its obligations.”

He continued: “Therefore the special appropriations bill requests approvals of additional financial support for Eskom as follows: an additional R26 billion in 2019/20 financial year and…R33 billion in the 2020/21 financial year. However, the future sustainability of Eskom will have to address the debt and the restructuring of Eskom.”

After a vote, the 226 Members of Parliament voted in favour of the appropriations bill being read for the first time, while 90 voted against the bill being read.

The Minister’s proposal comes after President Cyril Ramaphosa announced during his State of the Nation Address in February that Eskom was in a crisis and required additional support to improve its balance sheet.

Introducing the first reading of the Special Appropriation Bill to the National Assembly on Tuesday, Mboweni said Eskom presents the biggest risk to the fiscal framework because of its financial difficulties and its negative impact on the lives of ordinary South Africans.

He said given the risks to the economy of the systemic failure if Eskom were to collapse, government is urgently working to stabilise the institution while developing a broad strategy for its future.

Mboweni noted: “Eskom faces serious financial and operational challenges, which to a large extent were caused by governance challenges that are playing themselves out at the Zondo Commission.

“As it stands, Eskom is not financially sustainable based on its current high levels of debt and its inability to generate sufficient revenue to meet its operational and capital obligations which exposes the entity to higher levels of liquidity and balance sheet risks.”

He added: “Therefore, without major changes to Eskom’s business model and financial assistance being provided by government, the company will be unable to meet its financial obligations for the 2019/ 20 financial year.

“At a strategic level, we must thus face the reality that large vertically integrated energy company is an outdated model in a changing industry, both domestically and internationally.” 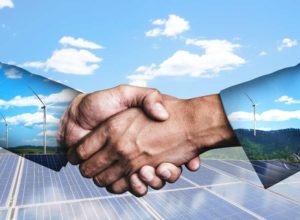