Non-profit organisation groundWork is taking the South African minister of minerals and energy as well as the National Energy Regulator of South Africa (NERSA) to court to demand clarity on the country’s Integrated Resources Plan (IRP) to meet energy needs.

The basis of environmental justice group groundWork’s court proceedings against minister Gwede Mantashe and NERSA, is that decisions about South Africa’s energy future must be made in a transparent and accountable manner.

In its court proceedings groundWork is asking the North Gauteng High Court to order the minister and NERSA to provide reasons for various decisions related to the Integrated Resources Plan for Electricity, 2019 (IRP2019).

The organisation has been seeking written reasons justifying IRP2019 decisions from both the minister and NERSA – which both are legally required to provide – since November 2019.

As it stands, the IRP2019 provides the framework for South Africa’s electricity plan for the next ten years. If implemented in its current form, the plan has far-reaching social, economic and climate impacts.

Is coal part of a least-cost plan energy plan?

Between the long-awaited October 2019 release of the IRP and the last draft released to the public in August 2018, 500MW of coal-based electricity was added to the plan to culminate in a plan for 1,500MW of new coal capacity and 3,000MW of new fossil gas capacity in South Africa’s energy future.

Significantly the IRP2019 does not mention carbon emissions or a carbon price as part of its calculations. Although using renewable energy is the least cost option because it is now cheaper to procure electricity from new renewable energy sources, provision was still made for new coal-fired capacity in the IRP019.

groundWork’s coal campaign manager, Robby Mokgala, explains the decision to include new coal, despite it not being part of a least-cost plan, has several negative implications for South African citizens’ health and well-being, “our climate, air and water resources and electricity prices”.

“These kinds of decisions affect everyone and cannot be made behind closed doors with no explanation of the rationale, justification or assumptions relied on. There must be full transparency and accountability for all of South Africa’s electricity decision-making,” said Mokgala.

International climate science and policy institute Climate Analytics confirms that global coal use in electricity generation must fall by 80% below 2010 levels by 2030 in order to meet the targets set by the Paris Agreement. This is echoed by an urgent appeal by the UN Secretary-General António Guterres early last month that no new coal plants should be built anywhere in the world, given the need for climate-resilient, healthy COVID-19 recovery plans worldwide.

groundWork avers the significant proportion of fossil fuel energy generation planned in the IRP2019 locks South Africa into an expensive, obsolete infrastructure which the country cannot afford. The environmental justice group points out that South Africa faces some R2 trillion ($125 billion) in transition risk as a result of locking the country into a fossil fuel infrastructure that will not yield the expected income or value due to major shifts in climate policy and market transformations. “Now, more than ever, South Africa needs to avoid spending on unnecessary infrastructure that is not in the public interest,” says Mokgalaka.

Nicole Loser, attorney at the Centre for Environmental Rights, said the make-up of South Africa’s electricity system has a material and direct impact on the constitutional environmental rights of all its people. “Both the cost of electricity and the devastating health impacts of air pollution from coal mining and power disproportionately prejudice black women,” said Loser.

She pointed to a recent report by WoMin and 350Africa.org which confirm that “energy deprivation profoundly impacts African women who, by virtue of their socially-ascribed responsibilities for household care, predominantly provide for energy needs. Where energy is being generated through harmful fossil fuels… it is peasant and working-class women and other frontline communities whose livelihoods are destroyed and their lives cut short and degraded with little or no benefit.”

“Because this exercise of public power by the minister and NERSA has far-reaching impacts for the right of members of the public, especially women, young people and future generations, groundWork – and the public – are at a minimum, entitled to the reasons for the decisions to promulgate the IRP in its current form,” said Loser.

The minister and NERSA have until 18 August 2020 to oppose the High Court application. 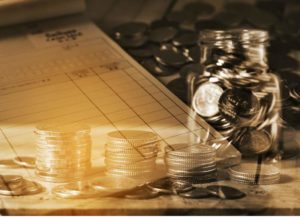