The South Africa Local Government Association (SALGA) has given the green light for municipalities to embark on a rigorous debt collection and restructuring process in an effort to recover funds owed to them.

This intervention is part of wide-ranging plans announced by SALGA President Thembi Nkadimeng during the joint sitting debate on President Cyril Ramaphosa’s State of the Nation Address.

In her address, Nkadimeng said the Association has resolved on a two-phased approach to address the untenable Eskom and water boards debt, which are plaguing the local government sphere.

She said the largest component of debt relates to households, which account for close to R120 billion. While business debt constitutes about R25 billion, outstanding debtors for the government are almost at R10 billion.

SALGA encourage municipalities to be aggressive

“All municipalities should urgently, aggressively and on an ongoing basis enforce their respective credit control management measures,” said Nkadimeng.

Nkadimeng said this phase should include targeting government properties and businesses through disconnection where there is sufficient merit, in line with their credit control policies.

Part of the second phase will include conducting a rigorous analysis of the gross debt and restructure debts to ascertain realistically collectable debts and those that could be considered for write-off or repeal as historical uncollectable.

Nkadimeng said SALGA supports the decision to restructure Eskom, as well as the policy commitment to an independent, state-owned transmission company with power planning, procurement and contracting, and system operation functions.

This would ensure non-discriminatory access to the grid on level playing fields by incumbent Eskom generators, as well as new generation entrants, said Nkadimeng.

“For the benefit of our municipalities, we also welcome the policy commitment to a diversified, competitive generation sector, comprising a number of Eskom generators, public-private partnerships (PPPs), municipal generators, independent power producers (IPPs) and embedded generators on customers’ premises.

“Of particular appreciation are the measures to be in place to enable municipalities to procure their own power from independent power producers,” said Nkadimeng.

This, she said, will present municipalities with the ability to negotiate cheaper bulk electricity prices and as a consequence, pass these onto consumers, who are already under tremendous taxation strain. 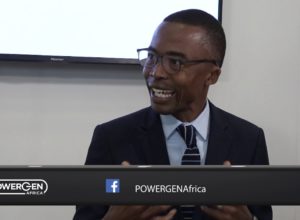