Global economic growth is expected to rebound to 5.5% in 2021 before moderating slightly to 4.2% in 2022, spurred on by the expected rollout of COVID‐19 vaccines and other additional policy measures.

This is according to the remarks made by finance minister Tito Mboweni while delivering the 2021 Budget Speech in Parliament on Wednesday.

Mboweni further stated that sub‐Saharan Africa is forecast to grow by 3.2%. In this context, the South African economy is expected to rebound by 3.3% this year, following a 7.2% contraction in 2020, and average 1.9% in the outer two years.

“We will not rest until we have fundamentally altered the structure of this economy by lowering barriers to entry, broadening ownership patterns, raising productivity and lowering the cost of doing business.”

Have you read?
Top four risks of doing business in South Africa in 2021

According to the finance minister, government has committed to a R791.2 billion in infrastructure investment drive. “We are already partnering with the private sector and other players to rollout infrastructure through initiatives such as the blended finance Infrastructure Fund. However, all these efforts to expand infrastructure will be wasted if the end user does not pay a cost‐reflective tariff for usage,” he said.

Mboweni also said the National Treasury continues to work with industry bodies to promote South Africa as a financial hub for Africa. From 1 March 2021, companies with a primary listing offshore, including dual‐listings, will be aligned to current foreign direct investment rules, which the South African Reserve Bank will oversee.

In order to improve access to African markets, the country’s six busiest border posts will be upgraded and expanded, the minister stated, adding that “these will be significant infrastructure interventions using the PPP [public-private partnership] model.” 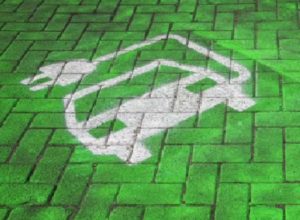 EV charging stations in SA are expanding alongside global numbers