In response to Minister of Mineral Resources and Energy Gwede Mantashe’s draft amendments to electricity regulations, the Western Cape Government is questioning the proposal.

In a statement, Provincial Minister of Finance and Economic Opportunities, David Maynier, noted: “While we support the intent of these regulations, the proposed amendments and lead times to the development of new generation capacity don’t go far enough to address the electricity crisis that South Africa may soon again be facing.

“They also don’t provide the regulatory certainty needed to rapidly and significantly increase generation capacity outside of Eskom by municipalities through the procurement or development of their own power generation.”

Maynier added: “Some of our comments regarding the draft amendments to the electricity regulations included the following concerns:

He stressed that “as we move to re-open the economy safely and responsibly, an increase in manufacturing coupled with higher than usual residential consumption in winter will certainly see an increase in pressure on Eskom’s ability to provide adequate electricity with associated risks of further load-shedding. Furthermore, Eskom’s alleged emissions contraventions may put additional strain on available capacity should non-compliant units be forced to shut down.”

According to Maynier, while Eskom has assured us there will be minimal load-shedding in June, largely due to slower than expected increase in demand as the restrictions on the economy eases, the electricity crisis is not behind us. Allowing new generation capacity to come online as soon as possible is critical to an energy secure future.

“Centralised electricity structures and Eskom’s dominance on electricity generation and supply in South Africa limits what a provincial or local government can do when confronted with load-shedding. While we have worked hard to identify innovative ways to lessen its impact, provide certainty for business, and ultimately ensure continued economic growth in this province, urgent action is needed by the national government to fast-track new generation capacity procurement both at national and municipal levels to avoid a return to the severe and frequent load-shedding we experienced over the summer of 2019.

“We strongly support a policy and regulatory environment in which municipalities that have a sound financial standing, and the capacity and technical expertise to acquire new generation capacity, are supported and enabled to do so,” Maynier said.

Adding that this will also allow for greater diversity, increased energy resilience and increased investment in energy infrastructure (specifically renewable energy) that will contribute towards a more sustainable and reliable energy supply in the country.

In many cases, the municipalities that are in a position to acquire new generation capacity are also those that have made strong international commitments to reduce their greenhouse gas emissions and associated carbon footprint. By allowing municipalities to invest in renewable and other alternative energy sources, they can contribute to South Africa’s commitments in terms of the Paris Agreement.

Over the past decade the Western Cape Government, working closely with the City of Cape Town and other municipalities in the province, have supported the development of the green economy.

“We have been working to establish an enabling environment for investment in renewable and sustainable energy through partnerships with agencies such as GreenCape and Wesgro.

“I am committed to continued engagements with all stakeholder to drive energy resilience so that those businesses who are able to open safely and responsibly, remain open for business and together we can continue to grow the economy and create jobs in the Western Cape.” 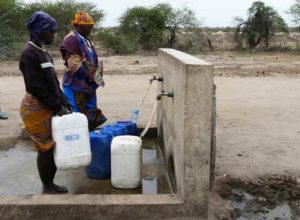