Reflecting on Africa’s ‘Year of Light’ 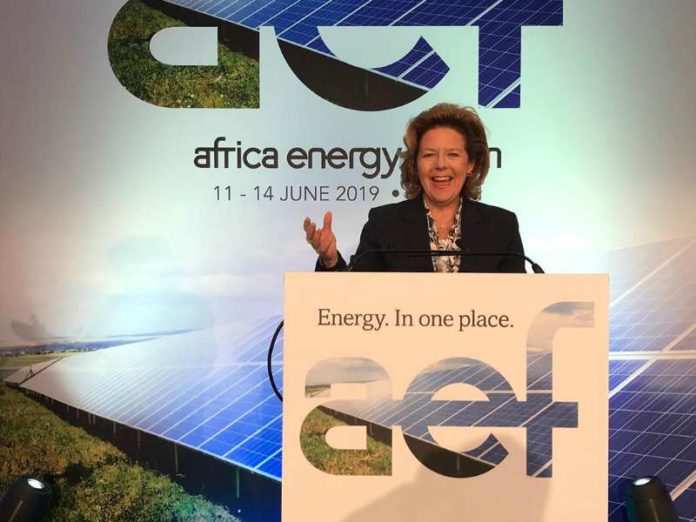 As four days of debate, discussion, business and innovation got underway in Lisbon, Portugal the message was clear – Africa Energy Forum (aef) 2019 not only serves as a link between investors, dignitaries and officials; it’s also a long-term bridge between Europe and Africa.

The 21st edition of the aef welcomed a host of Portuguese Ministers, industry representatives and heavyweights from Europe’s energy space to present solutions and opportunities to the sector challenges that affect both continents.

Due to the proximity to its neighbours in Africa, and as both continue to strive towards cleaner and more sustainable futures, attendees expressed delight in Portugal hosting the event. Multiple panel discussions, workshops and seminars focused on investment in power projects in different African regions, financing solutions, technology innovations in the energy sector, and the progress of different fuel types in Africa.

The 21st edition of the Forum was hosted in Portugal to capitalise on the wealth of experience regarding renewable energy and climate change initiatives. Portugal’s Secretary of State for Energy H.E. Hon. João Galamba officially welcomed investors to the Forum on the morning of Tuesday 11 June, noting that he would present the tender process for 1.35GW (2019) and 700MW (early 2020) for Portugal’s located PV projects on the closing day of the conference. “The quality of companies attending aef from around the world means it makes sense to present the procurement process and will help us directly communicate our plans with the market,” he said.

In her opening address, Shiddika Mohamed, Group Director at EnergyNet, emphasised that this year’s Africa Energy Forum represents a culmination of all others before it. Despite vast progress made across Africa’s energy sector over the past two decades, there remains so much more to do in light of present-day climate change challenges and clean energy opportunities.

It therefore made sense to address this bridging period in a city that bridges Africa and Europe. Portugal has traditionally been a pioneer in Europe’s renewables race, but remains aligned with its African neighbours in terms of the challenges that both regions face moving forward.

In terms of what the country can offer African nations, Dominique Ristori, director-general for energy at the European Commission, stated: “Portugal is leading the way in terms of both clean energy transition, and fair energy transition.”

Emphasising the collaborative efforts between the country and the African continent, H.E. Hon. Pedro Siza Vieira, Minister in the Cabinet of the Prime Minister and of Economy, Portugal, said: “The way forward for Portugal is something we can relate to with Africa too – smarter, cleaner and more efficient energy. The Portuguese continue to be excellent bridge makers and reliable partners for our African friends and allies.”

Several deals and project announcements took place, including the revealing of the ‘Transparency Tool’ by ATI and KfW [Ed: read more on A new tool in building trust between power utilities and investors] – an energy solution to quicken the pace of electrification in Africa. CDC Group launched new transmission and distribution company Gridworks, and DBSA committed $4.9 million of Development Funding to Joule Africa’s hydropower project in Sierra Leone.

The AfDB launched its Revisiting Reforms in the Power Sector in Africa report, in partnership with APUA under the Bank’s Sustainable Utility Transformation (SUT) agenda. The SUT is an initiative under the Bank’s New Deal for Energy for Africa (NDEA), which prioritises provision of universal access to electricity on the continent by 2025. The SUT agenda recognises that rapid improvement of the performance of power utilities is critical in catalysing regional power trade and consequent energy access and economic prosperity in the continent.

The report offers learnings from African experiences, and provides valuable lessons on the implementation and success factors of reforms, policies, programmes, and regulatory frameworks to adapt to new challenges. It also sharpens the focus on new sector needs and concerns resulting from technological trends, climate change, and innovations in power sector.

The aef also saw announcements from Wärtsilä, which launched a Modular Block solution for providing ready-togo power plants, and FIRST (Facility for Investments in Small Renewable Transactions), which announced a financing update for a ZAR245 million facility for Building Energy’s 3.8MW Kruisvallei hydroelectric project on the border of South Africa and Lesotho.

Lastly, the aef team launched the Africa Challenge Cup – a football tournament in partnership with Kohler, Principal Partner of Manchester United, Kohler-SDMO and Clarke Energy, raising £30,000 for victims of Cyclone Idai. The tropical storm had formed off the east coast of Mozambique and made landfall on 4 March, remaining an intense tropical cyclone through its five-day trek over land and leaving catastrophic damage and loss of life in its wake.

This year for the first time, the aef celebrated projects that have reached financial close or become operational in the last 18 months. Kick-starting aef’s ‘Year of Light’ session, moderator Eithne Treanor, former journalist and MD of ETreanor Media, emphasised that the need for energy reform and evolution in Africa isn’t just business; it’s nation building. The aef explores exciting projects on the continent and looks for ways to improve energy access for all.

However, “60% by 2030 is not a good enough target … we need to move faster,” Treanor said. This premise dominated both the success stories and the calls to action echoed by representatives from IFC, African Infrastructure Investment Managers (AIIM) and Power Africa. The latter’s coordinator, Andrew Herscowitz, in particular, acknowledged that we need to overcome the recurring pitfalls in order to both create and maintain momentum. By overcoming the challenges, Africa’s ‘Year of Light’ could soon become the norm across the full spectrum of renewable initiatives. Currently, the procurement of solar in Africa has become achievable and, in some cases, the norm – and, as Herscowitz concluded, “electricity really can be brought to 600 million people”. ESI

Energy Forum The Africa Energy Forum is a deal-making platform gathering decision-makers from across the energy value chain to discuss opportunities for the investment and development of African power projects. Diarise the next edition hosted in Barcelona, Spain from 30 June to 3 July 2020.