Late 2017 into early 2018 could go down in history as one of the most newsworthy periods in a long time in Africa’s political, economic and energy specific development, writes Nicolette Pombo-van Zyl, editor of ESI Africa.

Some of the calendar events of note include:

In November, Kenya inaugurated President Uhuru Kenyatta’s second term. During his election campaign, Kenyatta rallied around jobs, health, food and an impressive promise to provide all Kenyans with a connection to reliable and affordable electricity, either on- or off-grid, by 2020.

With very little time to achieve this task, the country will need to accelerate its energy sector master plan along with its celebrated, multibillion-shilling electricity Last Mile project funded by the African Development Bank (AfDB). Perhaps this is one of the reasons behind the appointment of Ambassador Eng. Mahboub Maalim Mohamed as Kenya Power’s new chairman (see Newsmakers on page 8).

Meanwhile, in Zimbabwe, in November the country’s Parliament erupted in cheers as the speaker announced the resignation of President Robert Mugabe “with immediate effect”, bringing to an end 37 years of power for the world’s oldest head of state. And yet another change of regime took place in Africa’s longest-standing democracy, Liberia, when the former international football star, George Weah, was ushered in as its new president.

Mid-January witnessed Ethiopian Prime Minister Hailemariam Desalegn’s resignation in what he described as a bid to “smooth the path for political reform”. However, a national State of Emergency, which is anticipated to last for six months, was imposed the following day by the minister of defence.

The country, famously known for its Grand Ethiopian Renaissance Dam with a planned 6,000MW installed capacity (explored further on page 30), has a GDP per capita of $706.8 (recorded in 2016) and an electricity access of 27.2%. The concern here is two-fold; the impact of the State of Emergency on the economy and the possibility of stalled development on the hydropower scheme, which is set to transform the region’s energy market.

In South Africa, the parliamentary inquiry into alleged corruption and the financial instability of state-owned power utility Eskom has kept the country squarely in the spotlight. Furthermore, the unofficial statement by then Deputy President Cyril Ramaphosa at the 2018 World Economic Forum that the country does not have the financial capacity or need for additional nuclear power was taken as directly opposed to the Zuma-led political sentiment in favour of increasing the country’s nuclear energy capacity at the time (see on page 54) for a global view on nuclear design and deployment).

Why am I drawing attention to these political landscapes?

It is government that sets the pace of infrastructure development and the direction of a country’s energy and power transformation. In light of this, and as we start to prepare for the annual African Utility Week conference and exhibition that brings the continent’s energy, power and water stakeholders under one roof, these political changes are likely to be part of the formal and informal conversations taking place at this event on 15 – 17 May in Cape Town and across boardroom tables.

The conversations have already started and we spoke with various African Utility Week advisory board members (see page 40) who shared information both on and off the record about various aspects of the political, regulatory and financial impetus guiding the energy, power and water landscape towards transformation.

Two perfect examples of areas undergoing a ‘forced’ transformation, due to innovation enriching their core functions, are automation and control of substations (see pages 44 to 49); with the use of mobile money to transact in the utility services space (see page 50) and cryptocurrencies that are advancing unheeded into the finance market (see page 20).

Ignoring the trends being set by external factors and especially in the advancement of renewable energy (see page 26 for global renewable trends) will leave a country and its energy sector floundering as it attempts to attract investors and developers.

Note: all the page numbers referenced above can be found in ESI Africa Issue 1 2018, where this editorial originally appeared. The digital version of the full magazine can be read online or downloaded free of charge. 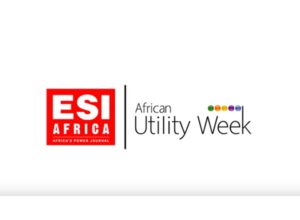