Governance issues at a water utility responsible for the crucial service of water delivery cannot be ignored, says OUTA.

This water board, which is responsible for providing bulk water to municipalities, mines and other industries in Gauteng, Limpopo and the North West, is allegedly plagued with financial mismanagement, poor governance and unfair appointments.

“We called on the Minister to look into the appointment of Tsakane Radebe, who appears to be unsuitable for the position of general manager of the Magalies Water project management unit and whose functions have been taken over by a contracting company called LMJ whilst she continues to serve in her role,” says Yamkela Ntola, OUTA’s portfolio manager for water and environment.

“This leads us to question the motives behind her appointment,” says Ntola.

The concerns were raised earlier this year when The Citizen reported that former water and sanitation minister Nomvula Mokonyane allegedly misled Parliament about the CFO at Magalies Water. Mokonyane had said the position was vacant after the former CFO resigned on August 31, 2017. It was said the CFO position was currently outsourced to a service provider, Sondlo Chartered Accountants (SCA), which has allegedly been receiving more than R100,000 a month since September.

Magalies Water gets its financial services from company owned by former employee. Instead of filling the CFO vacancy, the board opted to outsource the function and awarded it to a former employee at R100k a month. https://t.co/8OArB9WLIH @Gosebo_Mathope

Mismanagement at water board

OUTA believes that advocate Mosotho Petlane, who chairs the utility’s board, is at the centre of the crisis.

Under Petlane’s tenure the following allegations were brought to OUTA’s attention:

OUTA recommends that the Minister halt the appointment of financial consultants, initiate a forensic investigation into Tsakane Radebe and investigate the poor governance at Magalies Water. 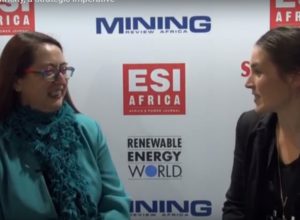