Substantial public prejudice against nuclear would make it difficult, if not impossible, for nuclear to exist as an energy source if legacy issues trumped logic, the audience heard.

NIASA noted that the scrutiny on the industry has resulted in nuclear being paraded as a game of cloak and dagger and less competitive economically.

The case in point is that the IRP2018 makes provisions (although not committed) for some 25GW, with the mix dominated by wind, gas/diesel, solar PV, hydro and coal.

Using the same metrics, measures, generation capability and costs provided in the document, a wind-solar-gas combination is expected to cost in the region of R303 billion, with average plant life expectancy of 20 years.

Nuclear, on the other hand, could dispatch grid-ready power at some R308 billion with plant life expectancy at 60 years.

“To match nuclear’s dispatchability with the wind-solar and gas combo for the same period of 60 years, the government will have to outlay just shy of a trillion rand. It is evident then the assumptions made by the authors of the IRP2018 are mathematically flawed and simply point to deep biases,” said Knox Msebenzi, managing director at NIASA.

Msebenzi says wind and solar technologies can and should play a role in the energy mix if deployed correctly, though the baseload requirements must be anchored in reliable sources like nuclear.

According to the nuclear association, the IRP2018 looks at all aspects of supply and demand to find ways to produce cleaner energy but overlooks the eventual cost of electricity and a much greener source.

“Right now, there are so many factors to take into account. For instance, Grand Inga has been delayed to 2025 if not later, and other fuels in the mix like gas and diesel are linked to global price fluctuation. Look at the petrol price now, there is absolutely no guarantee any other energy source can be as stable and reliable as nuclear,” noted Msebenzi.

However, this term is not defined, so the methodology to achieve the least-cost plan cannot be evaluated.

Least cost is based on cost-benefit analysis and by definition, it is clear that the methodology applied in the draft IRP2018 does not meet the criteria for least-cost planning, argues the association.

“It appears that the developers of the least-cost utilised a ‘cheapest’ plan rather than a least-nett-cost plan to the economy as is defined by the utilities industry,” states NIASA.

Msebenzi called for the government to issue a non-binding Nuclear RFI in order to obtain accurate nuclear costing as well as financing options. This will also ensure costing of fully and partially indexed pricing for various energy sources is accounted for correctly.

It has been shown that bid-window prices (as used in the IRP2018) utilise full indexing where normal LCOE calculations result in partially indexed pricing over time (fixed CAPEX indexed OPEX).

The RFI is a transparent and a pragmatic approach and will level the playing field for all energy sources.

The nuclear association underlines that the assumptions and resulting sensitivities of the build path up to 2030 (and 2050 even more so) is extremely uncertain (and incomplete) as contained in the IRP2018.

It is recommended that the least-cost path scenario be re-run with the correct information.

Current policy biases if not addressed will result in the use of fossil fuels and inefficient renewables instead of nuclear, which also comes at a cost of poor climate performance.

If energy transformation is the end game, NIASA says the emphasis should be on converting some of the coal output to nuclear which can realistically be achieved within the next decade.

The energy sector vision is also based on supporting the National Development Plan (NDP), which aims to achieve 7% economic growth.

It would, therefore, be rational to expect the final IRP to assume successful implementation of the NDP in its economic growth targets.

In the same way, it would be irrational to develop an IRP based on the NDP vision and assuming this will not be implemented or achieved, as seems to be the case with the lower growth trajectories assumed in the IRP2018.

The association admitted that fears about nuclear energy run deep in South Africa, however, it blamed this on the opaque manner in which the previous administration sought to push nuclear without following due processes.

At two unit for examples, the total employment estimate inclusive of localisation benefits would result in almost 23,000 formal sector jobs, with direct tax revenue in the region of R450 million per annum.

“In the long term, we argue that nuclear is the only developed energy source that is capable of delivering the enormous quantities of energy to industrialise South Africa and realise the goals of NDP as envisioned,” says Msebenzi in conclusion.

“There was a time South Africans read load shedding schedules like weather reports. That time in history cost the economy some R300 billion. Public prejudices and policy biases are at best counterproductive and at worst, dangerous and will in all likelihood put South Africa on a collision course with its own future.” 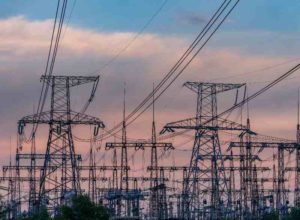