In an open letter to the National Energy Regulator (NERSA), OUTA has called on the regulator to reconsider the extremely limited consultation process it has started on its electricity division’s strategic planning.

NERSA announced the process on Twitter on 15 March and in an e-mail to stakeholders on 18 March. The NERSA consultation paper is dated 10 March but it does not appear to have been published then, says the Organisation Undoing Tax Abuse (OUTA).

The energy regulator set the deadline for public comment as 20 March and plans to host a virtual public hearing on 24-26 March.

The NERSA consultation is about strategic planning for its electricity division. This includes a strategic assessment of the electricity supply industry (ESI) and challenges in the sector.

Expressing dismay at the timeframe, Liz McDaid, OUTA’s Parliamentary and Energy Advisor, commented: “This is really inadequate as public consultation. Even those who were alerted on 15 March have less than five days to comment while those alerted late on 18 March have just one working day.”

“OUTA appreciates NERSA’s intention in engaging its stakeholders in such an important matter as the substance of the discussions of widespread public interest. But for NERSA to condense the future of South Africa’s electricity system to eight questions (not seven as stated in the email) is highly questionable,” says McDaid in her letter to NERSA.

NERSA should rethink all consultation

“OUTA calls on NERSA to recall its workshop invitation, to do its homework and then to publish its own position paper for consultation. We need to see the rationale for NERSA’s thinking in order to participate constructively. The attempt to reduce public consultation to one day must be rejected with the contempt it deserves.”

“We call on NERSA to reassess the public comment periods on these matters of strong public interest, to provide more realistic consultation,” says McDaid. 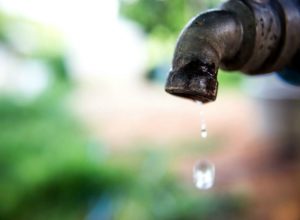 Here is how South Africa is ensuring its water security