Nedbank has become the first company in South Africa to proactively include binding climate-change-related shareholder resolutions in its Notice of Annual General Meeting (AGM).

The move follows extensive engagement with stakeholders, including investment organisation Just Share and Nedbank’s shareholders, who will vote on these resolutions at the bank’s AGM on 22 May.

The bank’s board has proposed the following ordinary resolutions, which require 50% of shareholder votes to pass:

Ordinary resolution 6.1: by April 2021, to adopt and publicly disclose an energy policy aimed at playing its part in enabling the transformation over time of the energy system by making finance flows consistent with low-emission and climate-resilient development.

Ordinary resolution 6.2: by April 2021, to report on the company’s approach to measuring, disclosing and assessing its exposure to climate-related risks, including its exposure to oil- and gas-related activities as a percentage of total advances.

Nedbank has committed to “appropriately aligning its strategy, policies and mandates with the objectives of the Paris Agreement”.

Nedbank is also the first and only South African financial institution, which has completely excluded the financing of new coal-fired power plants, regardless of technology or location, a decision which it took in 2019. This position is confirmed in Nedbank’s recently released Financing policy on thermal-coal-related activities.

Nedbank’s annual report states that two of its 15 board members have environment and climate skills and experience. This is a low number considering the material financial risk posed by climate change, but the fact that the information is made easily accessible instils confidence that Nedbank understands the issue, and enables stakeholders to track progress.

Tracey Davies, director of Just Share, commented: “By tabling its own resolution on measurement, disclosure and assessment of climate risk, Nedbank’s board has sent a clear message to the financial sector, shareholders and regulators that climate risk is real, important and urgent.

“There is no longer any reason for investors to accept excuses from financial institutions for their failures to disclose crucial information about how exposed they are to climate risk, and what they are doing to manage this exposure.

“Shareholders who believe that it is important to understand the material financial risks facing the companies they are invested in, should unhesitatingly vote in favour of both of Nedbank’s climate risk-related resolutions.” 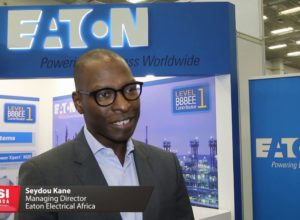