The Energy and Regulatory Petroleum Authority (EPRA) has developed the Energy Regulation 2021 and now invites input from industry stakeholders over the proposed regulations.

The process will assist in spurring investment in minigrids in the country, to increase electrification in underserved areas distant from the main grid.

The authority said it will conduct nationwide sensitisation and consultative sessions before the next stages of validation.

Have you read?
Proposed minigrid licence to bolster investment in sector

According to EPRA, the regulations support the national aspiration of realising universal access to electricity by 2022 as envisioned in the Kenya National Electrification Strategy launched in 2018.

The draft regulations were developed within provisions the provisions of the Energy Act, 2019 and are meant to harmonise the minigrid approval requirements by the national government, county governments, and relevant regulatory bodies; provide for minigrid tariff approvals; provide a clear and competitive process for minigrids licensing and interconnection to the main grid.

EPRA Director-General Daniel Kiptoo Bargoria, said: “An impact study of the current minigrids regulatory framework revealed that the framework does not directly address minigrid development in the country. It is against this backdrop, and an increased interest in minigrid development by key players, that EPRA developed the draft minigrid regulations.”

Kiptoo also noted that there is a need to strengthen the weak areas of the regulations through consultation and concurrence amongst sector players.

“Deployment of minigrids requires a robust policy and regulatory framework which encompass input from all key stakeholders. We, therefore, look forward to receiving views and feedback on the draft regulations,” he added.

The regulations are expected to encourage the development of minigrids in rural Kenya therefore providing a cheaper and cleaner energy alternative to the commonly used energy supplies such as batteries and kerosene lambs.

Have you read?
Exploring multi-sectoral uses of minigrid power for all in Kenya

With a projected additional 280 minigrids between now and 2022, mainly powered by solar, hydro and wind, underserved communities are poised to benefit from electricity below Kenya’s Carbon Dioxide Emission Factor (CEF) of 0.33kg per kWh.

The first forum was held in Garissa town, and thereafter in Lodwar, Mombasa, and later Nairobi. 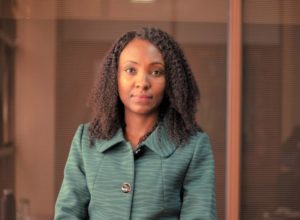