With this target, India will become one of the largest clean energy producers in the world, surpassing several developed countries.

Addressing the programme, the country aims to deploy 20,000MW of grid connected solar power by 2022 and to reduce the cost of solar power generation in the country through:

It has been envisaged to achieve grid tariff parity by 2022.

The previous fiscal year had seen a record 5,526MW of solar capacity added.

“Our cumulative capacity was 19,584MW in end-February, and we will be crossing 22,000MW by March 31,” said Anand Kumar, secretary in the ministry of new and renewable energy (MNRE).

India’s solar capacity programme has achieved tariffs at a record low of Rs 2.44 per unit ($0.0375) at an auction held by the Solar Energy Corporation of India (SECI) for 500MW at the Bhadla Solar Park project in Rajasthan in May 2017.

This compares favourably with the cost of thermal power in India.

“Our bidding trajectory has been laid out until December 2022,” said Kumar on achieving the target.

Of the 7,295MW added until end-February, the highest state was Karnataka state, which commissioned a record 2,628.62MW of projects in 11 months.

This was followed by Telangana state, which added 1,995.69MW; however, increased capacity in other states recorded lower progress, with the third highest being Rajasthan state with 502.83MW.

For many years, Gujarat state had the highest solar capacity, until it was overtaken by Rajasthan in 2015-16.

Rajasthan, which also enjoys the highest solar radiation, was in turn overtaken by Andhra Pradesh state in 2016-17, which added the highest capacity of 1,294.26MW that year.

At the end of March 2017, coastal state Andhra Pradesh had a total solar capacity of 1,867.23MW against Rajasthan’s 1,814.28MW. Read more: India to formulate mini-grids policy for Jharkhand State

With a spurt of activity in 2017-18, as at end of February Karnataka is now the new leader in solar capacity among Indian states, with a total capacity of 3,657.52MW. 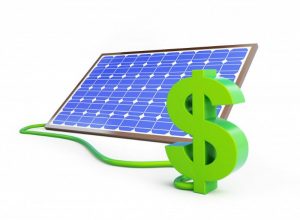