South Africa’s Minister of Mineral Resources and Energy, Gwede Mantashe, has noted that the country’s economy contracted by 3.2% in Q1 of 2019, with the energy sector making a negative contribution to the GDP.

Mantashe said in his keynote address at the underway WINDABA Conference in Cape Town, where theme of the seminar is Unleashing renewable power for African economic development.

According to the minister, the key factors behind the decline in the economy were the load shedding and the high electricity price.

“There has been a gradual decline in electricity demand. This, together with low economic activity and increasing electricity tariffs close the supply-demand gap. Faced with an old generation infrastructure and an Eskom in crisis, we must invest in new generation capacity. We must begin an infrastructure build programme to meet the energy demands required for our industrialisation,” urged Mantashe.

Electricity is too expensive for households. We should have a solution. The wind energy market is part of the solution. Working together, we can have solutions to problems. #Windaba2019 #InvestinSAEnergy pic.twitter.com/t23vKcaZis

The minister also noted that a lack of access to energy correlates directly to poverty and lack of economic growth.

He said: “Development is possible in an environment of a universally accessible sustainable, affordable energy supply. Through the electrification and universal access programme, and the clean development framework, South Africa shows progress in the indices for energy equity and environmental sustainability.

“Provision of a reliable, cost effective and continuous supply of electricity is essential to our economy. “

Minister Mantashe said electrification through grid connections has been effective in providing lighting and small power, but it is inappropriate for providing thermal energy for cooking and space heating.

He stated that a significant thermal energy load still needs to be provided for, “by providing solutions side by side by with off-grid technologies, particularly in those areas that are too remote to build grid-based infrastructure.”

Mantashe further underscored that the energy sector alone, contributes close to 80% towards total emissions, of which 50% are from electricity generation and liquid fuel production alone.

“We must ensure emission reduction targets are met. At the same time, we must ensure a just energy transition to avoid plunging the majority in destitution. Transition to a low carbon economy must be sensitive to the potential impacts on jobs and local economies,” he said.

South Africa’s energy supply is dominated by coal followed by renewables and other energy sources.

Minister Mantashe said: “Our energy policy is premised on an energy mix as diverse as coal and wind, amongst others. Coal, imported hydro, nuclear, wind, solar, biomass, storage and energy efficiency are the technology options that have been weighed on their respective merits.”

He continued: “WINDABA 2019 convenes when the promulgation of the updated Integrated Resource Plan is imminent. Our energy mix is aimed at improved energy security, the diversification of our energy sources, increasing access to modern energy carriers, improving energy efficiency, lowering the cost of energy, regional integration and skills development.”

The minister further noted that earlier this year his department launched the wind atlas of South Africa (WASA), which includes a database with a large-scale high-resolution wind resource map covering all our nine provinces.

“WASA will be our repository of knowledge about the scale and location of our wind resources. Through the WASA project, South Africa has developed an excellent wind resource assessment capability hosted at SANEDI and the CSIR. The measurement results of WASA cover an estimated 75% of South Africa’s mainland and will be used to extrapolate the prevailing wind conditions for the rest of South Africa,” he said. 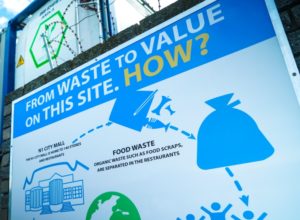