Financial hurdles in scaling up solar for C&I customers 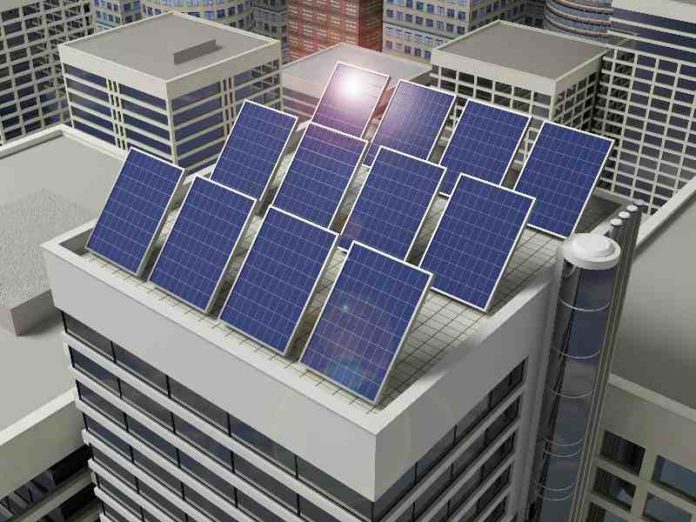 Sub-Saharan Africa is fertile ground for solar because of its immense energy deficit and crumbling infrastructure. At present, the region (excluding South Africa) has only 735MW of installed solar capacity – selling electricity to the grid, equivalent to a mere 0.7% of the 108GW of solar built globally in 2018.

However, for commercial and industrial (C&I) customers, on-site solar can circumvent some of these issues. This solution has gained traction in the last few years, which also has a direct savings for consumers as the all-in cost of solar is often cheaper than their electricity tariffs.

In the research commissioned by responsAbility, a Zurich-based impact investor, Bloomberg NEF identified 110 C&I solar projects in sub-Saharan Africa, excluding South Africa. The total installed capacity was 74MW as of November 2018 including 20MW, 15MW and 7MW in Nigeria, Kenya and Ghana respectively; these three countries were the main focus of research. The C&I solar market in the region started maturing between 2016 and 2017. More C&I customers have become motivated to use solar at their sites because of energy cost-saving benefits, together with ensuring stable power supplies and improving environmental sustainability.

The all-in cost of solar power can be cheaper than grid electricity in about a half of the selected sub-Saharan African countries (refer to Figure 1), and the economics of solar are expected to strengthen further as the equipment cost continues to decline globally. The research found that the average capex of on-site solar in the three focused countries ranges between $1.0 and $1.1 per Watt, close to the global benchmark price.

Countries such as Nigeria face severe grid reliability problems. In 2016, Nigeria spent approximately $16 billion on diesel generation as primary electricity or backup. Incorporating solar allows consumers not only to bridge outages, but also to reduce reliance on diesel and save energy costs. For multinational corporates, such as Unilever and Cargill, that have clear targets for using green electricity, on-site solar is an option in countries where the opportunity to buy renewables in the power market is limited.

Customer segments are diverse. About a fifth of the 110 solar installations serve manufacturing facilities, with the next biggest group catering for public buildings and offices. A host of smaller commercial operations such as petrol station networks, hotels and shopping mall infrastructure makes up most of the remaining customers for on-site solar. The economics of solar are competitiveat sites where customers operate six or seven days a week. This is because they need to use all the generated electricity on-site, as the regulations often do not allow them to export electricity to the grid in sub-Saharan Africa.

How do C&I customers buy solar?

Direct equipment purchasing has been the most popular financial structure for the C&I solar industry in sub-Saharan Africa. Many customers have insufficient credit to receive third-party financing in Nigeria. In Kenya, direct sales find favour because industrial customers benefit from investment tax credits. But some customers prefer a financing deal because they do not want to capitalise energy expenditures, they cannot pay for the system, or they want to spread payments to incentivise the vendor to build a long-lasting system.

In Kenya and Ghana, some solar deals have been completed with power purchase agreements (PPAs), or rental or leasing terms. In rental or leasing models, consumers have financing directly provided to cover the PV system they use. Fees for equipment rental are usually charged as a fixed monthly rental or lease price, with indexed payments for diesel fuel in cases where the vendor provides a diesel generator as well. In the leasing model, ownership could transfer to a customer depending on contract structure.

Large potential for growth, but financing is the primary obstacle

These business models reflect the fact that most potential C&I solar customers are local small- and medium-sized enterprises. Most projects have been financed through developer equity, or through some small debt facilities from development finance institutions or impact investors. Some aspects of financing still need to be resolved for scaling the C&I market in the region.

• Currency risk: Revenue in the C&I solar business can often be denominated in local currency, while the majority of capital expenditure occurs in hard currency. Some local currencies in sub-Saharan African countries are highly volatile (for instance those of Ghana and Nigeria), but there are few options for hedging the foreign exchange risk and many developers consider them expensive.

• Local bank financing: This has been very limited in the C&I solar sector. Interest rates can be very high, as in Ghana (30%), and the tenor offered by local banks may be just two to three years. In Nigeria, banks require physical collateral such as real estate. Developers cannot borrow against the cash flow from a C&I PPA, or against the equipment itself.

• Credit ratings: These are hard to get across much of Africa. Lenders will likely require not just a credit review of the commercial and industrial customer, but also some assurance that default rates and late payment in C&I solar contracts are predictable. This suggests that reliable measurement of these indicators will be critical to scale up debt financing.

Finally, aggregating commercial and industrial solar customers will be critical in sub-Saharan Africa for mitigating risk and making possible the financing of a portfolio of projects. To date, the majority of this type of solar project has been commissioned as a stand-alone case, one-by-one. Installations ranging from tens to hundreds of kilowatts will likely continue to make up a significant proportion of the market, but entities such as development finance institutions and specialist funds can play a role in aggregating multiple sites into a portfolio. ESI