During a joint presentation to Parliament’s Appropriations Committee on 27 May 2020, in the questions from the members of parliament (MPs), an impression was created that Eskom had erroneously overpaid an unnamed contractor a total of R5 billion, and that it was failing to recover the funds in the alleged overpayment.

The impression was also created that Eskom was concealing the identity of the contractor who benefitted from the alleged mistake, the power utility stated in a media release.

Three parliamentary members put questions to Eskom’s board and management, with one enquiring whether Eskom was involved in any coal supply contracts that were higher than the average market price of coal.

“Another MP alleged that Eskom had mistakenly made a payment of R4 billion to an unnamed contractor and wanted to know when the funds would be recovered. The third MP increased this amount to R5 billion, and wanted to know who this beneficiary of the alleged R5 billion mistaken payment,” according to the release.

For ease of reference, watch the full recording of the parliamentary discussion below:

In responding to the questions, De Ruyter told the committee: “We have identified seven coal suppliers, who in our opinion, are charging Eskom too much for the coal that they supply us. We have commenced negotiations with these seven coal suppliers. And we are making good progress with these suppliers and in due course we will be able to update the committee on these matters. We are involved in negotiations and we will when we present our comprehensive feedback in due course come back with a timeline as to when we will close these matters as you suggested.”

With regards to the alleged mistaken R5 billion payment to a contractor, De Ruyter told the committee: “In terms of financial recoveries, again to echo what the Eskom chairperson has indicated, we are very aware that we have an obligation to recover monies that were paid incorrectly and unlawfully to various organisations, and we are working closely with the SARS, the Special Investigation Unit, the Hawks, the JSE for those companies that are listed on the stock exchange, and the head of investigations at the office of the NDPP.”

De Ruyter continued: “We are seeking to recover some R600 million that was unlawfully paid to a company called Trillian, which was in a partnership with McKinsey & Co. We are participating in the business rescue process of Tegeta Exploration & Resources where we have a claim of R5 billion against the business rescue practitioners. We think that based on the available money it will unlikely be that we will realise the full R5 billion and we will probably receive a significantly smaller amount than that.”

The power utility emphasised that the R5 billion is the total value of Eskom’s claim against Tegeta Resources & Exploration, which is in business rescue.

In conclusion, the Eskom statement said: “This contract was concluded years ago, and was set aside by the high court earlier this year. Eskom is participating in the business rescue proceedings to recover the funds.

“Negotiations with these seven companies, with which Eskom has binding coal supply contracts, also concluded years ago, and which, in the opinion of the current management team, are inflated above the market price, are at advanced and sensitive stages.

“At this point, publicly airing any detail of these talks would have a detrimental outcome to Eskom’s interests. Parliament and the public will be updated on these and other matters as and when the talks progress.” 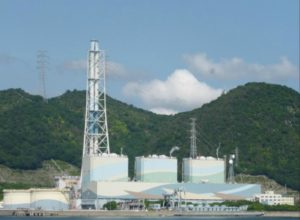