Developments at Eskom are picking up and it’s good to receive news on how South Africa’s utility is proactively dealing with its power struggles.

For too long, the utility has dealt with non-payment for the provision of bulk electricity to municipalities across the country. It’s exacerbated Eskom’s financial woes but the utility has never really been able to solve this rising threat to its balance sheet.

Now for the first time, for an outstanding whopping debt of R3.4 billion, Eskom has resorted to attaching a municipality’s bank account. This should be a matter of course to relieve the debt-burned utility’s coffers but, take note, this won’t stop rising electricity tariffs.

Another threat now being dealt with is the lack of generation capacity—largely due to ageing infrastructure and mismanagement at power plants.

The good news is that the regulator, NERSA, is now satisfied with the Ministerial Determination for the procurement of additional power infrastructure. However, concern from South Africans that this round of new power assets could go the same route as the Medupi and Kusile coal-fired plants can’t be ignored.

It’s widely known that the initial cost to build the plants had increased by more than R300-billion, reaching R145-billion for Medupi and R161.4-billion for Kusile.Being way over the deadline did not help matters.

It’s an ongoing saga but with the new procurement, South Africans will benefit from 11,813MW of electricity generation infrastructure. Provision for this new build was identified in the Integrated Resources Plan of 2019 (IRP2019) but won’t be a quick win as the new build will take place over the next 10 years.

Eskom’s CEO, André de Ruyter, aptly stated: “Given the current supply constraints, this additional generation capacity is urgently required, and will be an important contribution towards ending loadshedding and ensuring energy security for the country.”

Another area the utility has taken to ‘fighting back’ is on the company’s culture—summarily suspending the managers at Tutuka and Kendal power stations. The utility acknowledged that while it is true that the ageing fleet is plagued by legacy issues of neglect and omitted maintenance, and is therefore susceptible to unpredictable breakdowns, it is also true that the situation is exacerbated by serious issues of “apathetic behaviour by some management staff”.

Further to the generation capacity news, there is also progress on the procurement of the 2,000MW emergency power, which is anticipated to be connected to the national grid by December 2021. Added to this is Minister of Mineral Resources and Energy Gwede Mantashe’s announcement about the plan to procure 2,500MW of nuclear power.

It’s with this in mind that ESI Africa is partnering with the Nuclear Industry Association of South Africa (NIASA) to engage with the different stakeholders on these projects and our preparedness for implementation. Register for the first live digital dialogue on 29 September where you can pose your questions to the stakeholders including the DMRE. 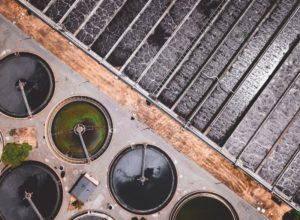