Public comment on Nersa’s draft consultation paper on the rules for registration of small-scale embedded generation‚ which will require consumers to register with the regulator before connecting a generator at their home, closes on 31 May 2018.

The rule will apply to off-grid and grid-connected systems including solar photo-voltaic panels and back-up generators.

According to Blom, under these rules, which have been in the pipeline for months, is the requirement for all owners/buyers of small-scale “electricity generators” less than 1MW to make an application for the establishment of the installation to their local distributor (municipality or Eskom) and then to register with Nersa.

“I view the rules as draconian,” says Blom, “as they apply to all small installations, whether for private or public use and whether they are to be connected to the grid or not.”

Blom highlights that the definitions and rules are far too wide as they essentially extend right down to micro-solar chargers for cell phones. The definitions are also not clear as they demand registration of all devices, yet only describe the procedure to be followed for grid-linked devices.

According to Blom, the ambit of these regulations is similar to the unworkable and failed Gauteng province e-Toll regulations yet far wider in that they apply to almost all 55 million South Africans in all nine provinces.

“These rules are poorly drafted and unworkable and will result in wide-scale civil disobedience if promulgated,” warns Blom.

Such regulations will result in a permitting system, and eventually, licence fees will be instituted to fund policing of installations. This added cost will give rise to yet another financial burden for ordinary SA citizens, which Blom makes clear “is a regrettable situation which we [Mining & Energry Advisors] will challenge”.

The public is invited to comment on the proposed regulations through the Energy Expert Coalition at www.eeco.co.za/projects/generator 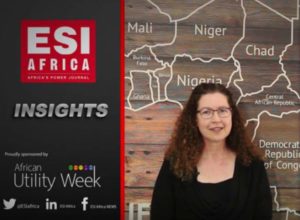