A new World Bank report finds that investments of 4.5% of GDP will allow developing countries to achieve their infrastructure-related Sustainable Development Goals and stay on track to limit climate change of up to 2°C.

Uncounted numbers are unable to access work and educational opportunities due to the absence or high cost of transport services.

Until now, realistic estimates of infrastructure spending needs have been elusive and incomplete.

The report shifts the focus from spending more on infrastructure towards spending better, using specific objectives and relevant metrics.

Its scenario-based approach demonstrates that the amount countries need to spend depends on their ambition and efficiency.

“Our analysis clearly shows that developing countries can build the climate-smart infrastructure they need by spending around 4.5% of GDP. The good news is this is close to what many countries already spend,” said Kristalina Georgieva, Interim President of the World Bank Group.

Georgieva continued: “With the right choices, infrastructure can be built that helps achieve globally agreed emissions targets. The focus must be on smarter and more resilient investments, not necessarily more money.”

It finds that these countries spend between 3.4% of GDP and nearly 5%, with a central estimate of around 4%.

But in other scenarios, with similar ambitions but without supportive policies, the price tag doubles. Read more: Smart cities to generate $100bn in revenue for utilities by 2027

The report’s innovative approach presents infrastructure spending estimates in an “if-then” framework (if the country wants this, and these are the assumptions made, then this is how much it would cost). The report and associated interactive website also go into more regional and sectoral detail.

The report also emphasises that improving services requires more than capital expenditure; ensuring a steady flow of resources for operations and maintenance (O&M) is a necessary condition for success.

The World Bank report estimates that this ongoing O&M would cost an additional 2.7% of GDP per year. 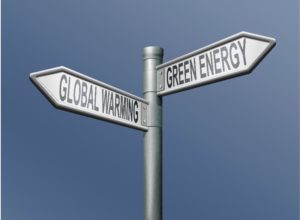