March 2021 will mark one year since the World Health Organisation declared COVID-19 a global pandemic, upending lives and livelihoods. Cities are on the front line of this crisis, with dwindling economic activity, high infection rates, and inadequate resources.

In cities, which are home to over half of the world’s population, long-standing inequities have been deepened by the pandemic. Although urbanisation has been accompanied by lower poverty, job creation and growth, distribution of such urban gains has been uneven, often marked by striking spatial, social and economic inequalities.

Today, urban dwellers working informal, and often precarious jobs, are part of the swelling ranks of “new poor” created by the pandemic. That is in addition to other vulnerable groups of people who often live in crowded urban areas with limited means to practice safe handwashing or social distancing.

Have you read?
New coalition to power 1bn people with sustainable energy by 2030

“One of the biggest lessons learned from the COVID-19 crisis is that sustainable, resilient cities were able to handle the pandemic better,” said Jan Vapaavuori, the Mayor of Helsinki, underscoring how it had revealed more than it changed, and given city leaders a better understanding of their cities’ attributes and strengths. “It is actually worth putting even more emphasis on sustainability issues than before.”

For national governments, the pandemic and ongoing recovery efforts offer a real-time glimpse into the myriad of issues cities face during a crisis – and a chance to course correct.

“What COVID-19 did was make the problems [faced by cities] visible to those who are not working in local government,” said Anuela Ristani, Deputy Mayor of Tirana, Albania.

Cities’ plans to rebuild from COVID-19 must tackle persistent inequalities

For cities, this could be a pivotal moment where crisis is turned into opportunity. Consider the following:

That is why cities’ plans to recover and rebuild from COVID-19 must strive to address long-standing vulnerabilities and go beyond addressing the health impacts of COVID-19 to tackle the persistent inequalities that the poor and vulnerable contend with. Cities must also take swift, bold action to build back from pandemic – but with a twin goal of fighting climate change.

Diana Urge-Vorsaltz, Professor at the Central European University of Budapest in Hungary, said: “Let’s not go back to normal because normal wasn’t working. Let’s go toward climate-neutral cities as much as possible.”

Sameh Wahba, Global Director for the World Bank’s urban, disaster risk management, resilience and land global practice, added: “If urban areas are where COVID-19 impacts have been the most severe, it also means that interventions in cities and towns can have the biggest impact. Cities are vulnerable to climate shocks and produce an outsized share of carbon emissions. But that also means they are the key to climate sustainability and where green investments will have the biggest outcomes.”

Over the years, the World Bank has committed about $30 billion in lending for nearly 250 operations focused on urban, disaster risk management and resilience, and land issues and several key analytical and advisory services that largely support work in these areas.

Through a combination of lending, analytics and partnerships, the World Bank is supporting recovery efforts around the globe, by helping governments tackle issues of equity, the future of work, greening cities, land governance and disaster risk management in a sustainable, resilient and inclusive manner.

Have you read?
IRENA and AfDB to scale up renewable energy investments in Africa

Innovations rolled out during the pandemic – and at times of heightening risk like flooding and cyclones – are already making a difference even as cities continue to focus on the basics, as several city officials and World Bank experts noted during a recent event:

Remote work, piloted on a massive scale during lockdowns, could create more opportunities for skilled service workers based in developing countries. The experience of social distancing has highlighted the values people cherish in cities beyond work: the diversity of amenities and restaurants, social networks, sports and culture.

Retrofitting buildings to lower energy use, or redesigning cities to increase green spaces and promote walking and biking, will generate savings, create jobs and yield climate benefits long after the pandemic fades.

Changes underway in many cities paint a picture of possibility. With thoughtful planning and support from national governments, cities can lead the recovery from COVID-19 toward inclusive, sustainable and resilient development. 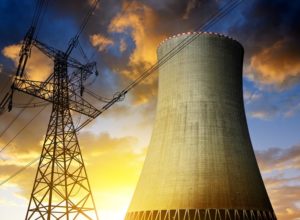