The Government of South Africa through the Department of Energy (DoE) is hosting a BRICS working group meeting on energy efficiency and conservation this week in Johannesburg.

Chaired by the Minister of Energy, Jeff Radebe, the meeting is an opportunity to expose the positive developments in Africa in the energy space to international governments, BRICS member states and financing institutions, the DoE said in a statement.

The theme for this year is BRICS in Africa: Collaboration for Inclusive Growth and Shared Prosperity in the 4th Industrial Revolution,’ which the Minister said “further encapsulates the importance of energy as an area for BRICS cooperation as the 4th Industrial Revolution transforms our collective economic, developmental, and social, energy and electricity landscapes.”

Highlighting the collaborative approach needed to continue driving economic growth within the BRICS countries, Radebe said: “The focus areas of intra-BRICS collaboration as we transition to environmentally sustainable energy systems is captured under the energy work stream as outlined in the BRICS Economic Partnership Strategy adopted at the 2015 Leaders’ Summit.

“Our discussions and joint decisions here today will further solidify and progress commitments made on energy under the BRICS Economic Partnership Strategy.”

He added: “It will demonstrate our continued devotion to implement and uphold our commitments made under the Paris Agreement on Climate Change, the United Nations 2030 Agenda for Sustainable Development and an open world economy for investment and trade.”

In addition, he noted that finance for energy infrastructure and industry development is another area where collaboration can take place. Read more: Energy research to solve energy problems for BRICS members

“It is encouraging to note the progress made by the BRICS Working Group on Energy Saving and Energy Efficiency to establish a formal BRICS Energy Research Cooperation Platform, which will strengthen BRICS collaboration on energy through joint research and studies in advancement of a just transition to cleaner, more economic, energy systems, industries and markets,” the Minister said.

He added: “As a means to progress and deepen our BRICS collaborative work on energy, the potential also exists for us to consider the establishment of a Committee of Senior Officials to coordinate, elevate and advance BRICS cooperation and implementation of mutual energy activities.” 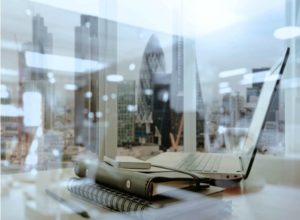