Green mini-grids for Angola could change the lives of millions if regulatory concerns were addressed to incentivise private sector participation.

This was one of the findings publicised in a webinar on the African Development Bank’s Angola Green Mini-Grid Market Assessment Report.

The assessment was conducted with the technical assistance of Carbon Trust, in collaboration with the Angolan government.

It looked at the key enabling factors needed for large scale mini-grid development as well as the overall potential of the mini-grid market in Angola, in alignment with the country’s energy sector development agency.

The report estimates 47% of Angola’s non-electrified population – that is 9.9 million people or 32% of the total Angola population – could be best served by mini-grid solutions.

It also highlights the regulatory gaps that exist in the Angolan mini-grid market, including insufficient incentives to attract private sector participation.

Overall, the assessment recommends that addressing these gaps could unlock an estimated demand for mini-grids in Angola totalling about $252 million. This figure is based on the average annual electricity expenditure per capita in rural areas.

Findings from this report will inform the design of the Bank’s technical assistance to the Angola government in preparation for the rollout of a mini-grid scale-up programme.

The AfDB recently hosted a webinar to present the findings and recommendations of the report, which was implemented through the Sustainable Energy Fund for Africa.

The webinar provided a platform for more than 100 participants – ranging from government representatives to private sector players and national and regional associations in the energy sector – to discuss opportunities and challenges related to developing green mini-grids in Angola.

In his opening remarks, the AfDB country manager for Angola, Joseph Ribeiro, noted that the energy sector plays a vital role in national efforts towards poverty reduction and sustainable socio-economic development, as per the country’s economic diversification agenda.

Angola’s National Director for Rural Electrification in the water and energy ministry, Serafim Silveira, underscored the importance of mini-grids to the government’s rural electrification objectives. 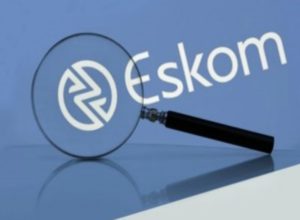