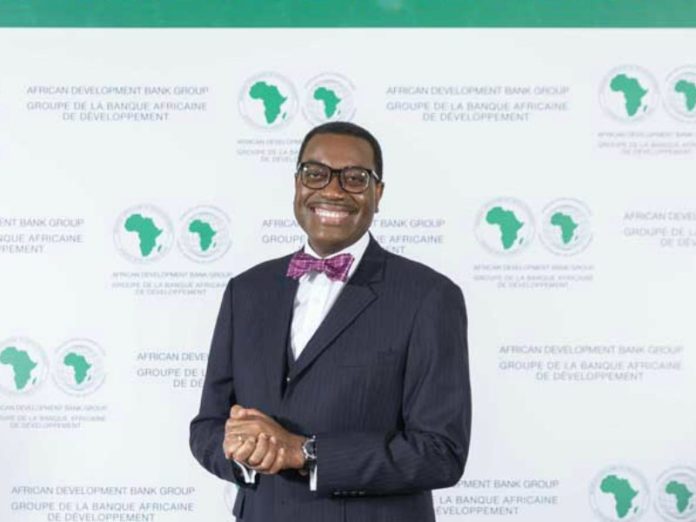 Dr Adesina was delivering a lecture on 28 October at the 21st NECCI Public Relations Roundtable on Social Media, National Security and Social Change in Lagos. He said the AfDB was investing heavily in quality infrastructure to transform the backbone of Africa’s technological revolution.

“We are a people-centred bank – a solutions bank for Africa, and our efforts are being recognised globally. The AfDB has maintained its stellar AAA-rating by the major global credit rating agencies for the past six years. Since I was first elected president of the African Development Bank six years ago, together with our partners, we have made a difference in the lives of 335 million people across the continent,” said Adesina.

Dr Adesina said the AfDB recognised the value and power of social media and would continue to leverage it to share information about the bank’s programmes to win even more support for its High 5 agenda on its various social media platforms. Each platform has shown steady growth over the past four years, in terms of followers and engagement. Twitter has especially been an important podium to disseminate information rapidly to a large global audience.

“Today, social media has become the place where positions are claimed, disputes and discussions are led, communities are built, business is conducted and information is shared,” Dr Adesina said. He added, “Its influence and reach in terms of real-time communication and messaging are unprecedented. The ability to reach millions of people in an instant is already well established by the ‘twitterati,’ ‘glitterati,’ businesses, public servants, political figures and the public alike.”

Dr Adesina urged governments, individuals and businesses who depend on social media to put adequate vulnerability assessments and cyber security measures in place to protect their data from being compromised.

As part of its support to Nigeria, the AfDB is preparing a $500 million investment programme in the country’s Digital and Creative Enterprises (i-DICE) initiative, which is to be co-financed with several partners.  The i-DICE initiative will promote entrepreneurship and innovation in the digital technology and creative spaces. It will help create sustainable jobs and make Nigeria a global powerhouse in these industries. The programme will boost innovation, especially in the tech-enabled business and e-commerce space, where new and successful ventures are being launched in Nigeria.