The use of broadband by telecommunications companies in Africa is increasing, which will lead to the competition rising for manufacturers in the market during 2018.

IT News Africa quoted Steve Briggs, chief commercial officer at SEACOM, stating that the flurry of activity in the fibre market is creating a virtuous circle where end-users benefit from better broadband connectivity and thus use more telecom services.

The resulting uptick in demand gives telecom networks the incentive and business case to invest more heavily in fibre infrastructure.

He continued: “Before the arrival of fibre, many businesses depended on expensive mobile data or satellite solutions for connectivity. Fixed-line broadband was inaccessible in most parts of the continent because there was no infrastructure and the costs were too high. That picture is beginning to change.”

Under the initiative, Nokia will be replacing Orange’s existing radio access network (RAN) with its modern RAN to support 2G, 3G and 4G services for some 60 million subscribers.

Meanwhile in East Africa, figures from the Communications Authority of Kenya show that there were nearly 55,000 fixed fibre optic subscriptions in June 2017, double the 27,500 such connections recorded in June 2016.

“The explosion in fibre-optic connectivity in Kenya is having a transformative effect on the country, offering broadband that is faster and cheaper than mobile connectivity. 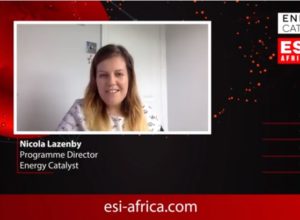 Scaling up current innovations to meet the energy demand