The report reveals that African PE has remained robust with the total value of fundraising increasing to $2.7 billion in 2018 from $2.4 billion in 2017, indicating investors’ ongoing confidence in African PE.

The total value of African PE fundraising between 2013 and 2018 was $17.8 billion and the median size of final closed funds over the same period was $123 million. Read more: Africa’s GDP growth projected to hit 4% in 2019

Director and head of research at AVCA, Enitan Obasanjo-Adeleye, commented: “African PE continues to present exciting developments and we are encouraged by the increase in fundraising in 2018 relative to the previous year.

“The data from the annual Data Tracker shows that investors remain bullish about Africa’s prospects and we are proud to continue educating and informing local and international investors about opportunities on the continent.”

Reflecting the attractiveness of businesses

In terms of sectors, Information Technology, Consumer Discretionary and Consumer Staples accounted for almost half the total number of PE deals last year, reflecting the attractiveness of businesses that capitalise on Africa’s growing consumer market.

Notably, Information Technology’s share of deal volume has significantly grown in recent years, nearly doubling to 19% in 2018 from only 10% two years prior.

Meanwhile, Communication Services and Utilities were the largest sectors by value in 2018.

Meanwhile, the growing trend of exits to PE & other financial buyers, which emerged in 2016, persisted in 2018, accounting for 37% of exits.

The report also provides political, economic and regulatory contexts for key markets, as well as two case studies per region.

Over the 2013 to 2018 period, Southern Africa attracted the largest number of PE deals at 294, while West Africa had the largest share of deals by value at $10.8 billion. 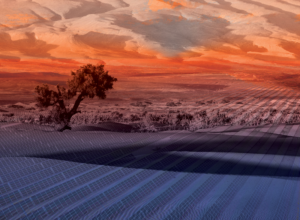