South Africa’s President, Cyril Ramaphosa, has pointed out that in order for African countries to attract investment, they need to address governance issues, root out corruption and improve the ease of doing business.

The President said this when he participated in a panel discussion with several heads of states at the recent World Economic Forum on Africa in Cape Town.

Ramaphosa said: “We need to strengthen governance. The institutions in our countries need to be strengthened. We need to address the problem that has always beset the continent, which is corruption.

He said African countries need to facilitate the ease of doing business.

“Companies must know they can come to any of our countries on the continent and find that they are not bogged down by bureaucratic processes and they can come and do business easily, there is a rule of law, institutions function,” Ramaphosa added.

Ramaphosa continued: “The other important thing is infrastructure. Africa is lacking hugely in infrastructure development so we have got to improve our infrastructure and this is an area that is going to require enormous resources but at the same time, with smart partnerships that we can strike through various partners, we can address the infrastructure gap that exists.”

While African countries are endowed with mineral resources, it is time they diversify their economies and move away from complex resource-based type of economies and unleash further areas of growth through industrialisation and through manufacturing.

The South African President said African countries need partnerships with the rest of the world.

“The future is great, it looks very bright for the African continent and if there is ever such a time where Africa can definitely be said to be on the rise, this is the time so this is Africa’s century and we want to utilise it to good effect.” 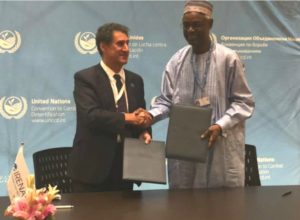