In several news reports, World Bank President David Malpass was quoted as saying some multilateral development banks, including the African Development Bank (AfDB), have a tendency to lend too quickly and in the process, add to the continent’s debt problems.

The AfDB says this statement is inaccurate and not fact-based.

The AfDB explains: “It [the statement] impugns the integrity of the African Development Bank, undermines our governance systems, and incorrectly insinuates that we operate under different standards from the World Bank.

“The very notion goes against the spirit of multilateralism and our collaborative work.”

The Bank continued: “For the record, the African Development Bank maintains a very high global standard of transparency. In the 2018 Publish What You Fund report, our institution was ranked the 4th most transparent institution, globally.”

Read more about finance and investment

“We have spearheaded the issuance of local currency financing to several countries to mitigate the impacts of foreign exchange risks, while supporting countries to improve tax collection and tax administration, and leveraging pension funds and sovereign wealth funds to direct more monies into financing development programs, especially infrastructure.”

The Bank’s Africa Legal Support Facility (ALSF) supports countries to negotiate terms of their royalties and taxes to international companies, and terms of their non-concessional loans to some bilateral financiers. “We have been highly successful in doing so,” says the AfDB.

The facts, according to AfDB

With regard to Nigeria and South Africa, the World Bank’s outstanding loans for the 2018 fiscal year to both countries stood at $8.3 billion and $2.4 billion, respectively. In contrast, the outstanding amounts for the African Development Bank Group to Nigeria and South Africa were $2.1 billion and $2.0 billion, respectively, for the same fiscal year.

With reference to the countries described as “heavily indebted,” the African Development Bank says it recognises and closely monitors the upward debt trend. However, there is no systemic risk of debt distress.

South Africa’s national government debt was estimated at 55.6% of GDP in 2019, up from 52.7% in 2018. South Africa raises most of its funding domestically, with external public debt accounting for only 6.3% of the country’s GDP.

Development Banks continue to play critical roles in development efforts and in the aspirations of developing countries, most especially in Africa.

Development Banks continue to play critical roles in development efforts and in the aspirations of developing countries, most especially in Africa.

Financing needs of the African continent

The AfDB further noted that given substantial financing needs on the African continent, the development assistance of the African Development Bank, the World Bank and other development partners remain vitally important, with increasing calls for such institutions to do even more.

“The lending, policy, and advisory services of these development institutions in their respective regions are often coordinated and provide substantially better value-for-money to developing nations, compared to other sources of financing. As a result of the African Development Bank’s AAA-rated status, we source funding on highly competitive terms and pass on favourable terms to our regional member countries. Combined with other measures to ensure funds are used for intended purposes, it helps regional member countries finance debt and development in the most responsible and sustainable way.”

With regard to the need for better lending coordination and the maintenance of high standards of transparency, the African Development Bank says it coordinates lending activities, especially its public sector policy-based loans, closely with sister International Financial Institutions (notably the World Bank and the IMF).

This includes reliance on the IMF and World Bank’s Debt Sustainability Analyses (DSA) to determine the composition of our financial assistance to low-income countries; and joint institutional approaches for addressing debt vulnerabilities in the African Development Fund (ADF) and International Development Association (IDA) countries.

“Contrary to suggestions, these are just a few concrete examples of historic and ongoing coordination between sister Multilateral Development Banks, IFIs, and development partners.

“The African Development Bank is committed to the development of the African continent. It has a vested interest in closely monitoring debt drivers and trends in African countries as it supports them in their efforts to improve the lives of the people of Africa.

“We are of the view that the World Bank could have explored other available platforms to discuss debt concerns among Multilateral Development Banks. The general statement by the President of the World Bank Group insinuating that the African Development Bank contributes to Africa’s debt problem and that it has lower standards of lending is simply put: misleading and inaccurate.” 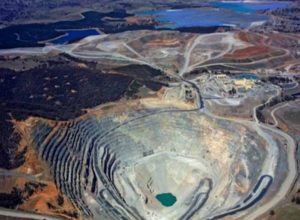