A delegation of African Development Bank Executive Directors, have concluded a week-long fact-finding mission to Cameroon to investigate where investment is most needed.

During their visit, they met with the country’s Prime Minister and other senior officials. The mission began on 2 March 2020 in the capital, Yaoundé where the Executive Directors held consultations with stakeholders, including private sector operators and development partners. They also toured Bank-financed projects.

The Bank’s portfolio in Cameroon, estimated at $3 billion, is the most prominent in Central Africa in terms of commitments.

“We are glad to host you here to understand the reality on the ground,” said Prime Minister Joseph Dion Ngute, welcoming the delegation. “The government shall endeavour to address the concerns you may raise.”

The meetings with the government Ministers reviewed Cameroon’s economic and political situation and prospects, as well as cooperation with the African Development Bank, which the Premier Ngute described as productive, noting that the Bank was “one of the most prominent players” in the country’s economy.

“The projects have contributed tremendously to transforming the country and improving the living conditions of Cameroonians, both in rural and urban areas,” Ngute said.

The Executive Directors welcomed the government’s efforts to reduce debt and called for steadfast reforms to shore up economic growth. They emphasised the need for swift government action to accelerate the implementation of projects and programmes approved by the Bank. They also discussed progress in the opening of the Bank’s Regional Office in Yaoundé, a key step in the implementation of its new business development model.

“This consultation mission is part of the Board’s efforts to enhance its members’ understanding of in-country developments,” said Mbuyamu Ilankir Matungulu, Executive Director for Cameroon, Central African Republic, Burundi, Congo, Chad and the Democratic Republic of Congo and spokesman for the delegation.

To conclude their mission in Yaoundé, the Executive Directors held discussions with the State Minister and Secretary-General of the Presidency of the Republic, Ferdinand Ngoh Ngoh.

They took note of security concerns in the northern-west and southern-west regions which have caused delays in the implementation of Bank-funded projects. The delegation encouraged the authorities to stay the course with reforms to ease political tensions and facilitate the return of peace and security, and ensure the resumption of orderly development work in the affected areas.

Bank-funded projects visited by the team included the Yaoundé sanitation project (PADY), which has helped to reduce the incidence of flooding in the capital; the electricity transmission and distribution networks (PREREDT), which has provided power to nearly 12,000 households in southern Cameroon with plans to power additional 16,000 households; and the 200MW Kribi Power Development Corporation (KPDC) power plant, which is supporting social initiatives for local communities in the areas of education, health and environment.

In Kribi, the delegation also visited Cameroon’s new deep-sea port and shared perspectives with its management. 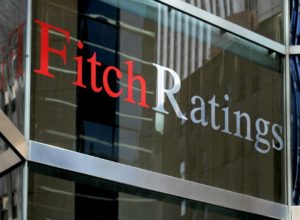