Tokyo, Japan — ESI-AFRICA.COM — 28 June 2011 – The utility at the heart of Japan’s nuclear crisis, Tokyo Electric Power Company, has won institutional shareholder backing to keep its reactors in the face of anger from rank-and-file stockholders seeking an end to nuclear energy.

Reuters reports that opponents failed to win enough support for a motion filed at the utility’s semi-annual general meeting that would have forced managers to scrap all reactors and stop building new ones.

Although submitted each year, this year’s proposal took on greater resonance with radiation still escaping from Tokyo Electric’s nuclear plant in Fukushima, 240km north of the capital.

Despite overwhelming support for the proposal among thousands at the meeting here, they were unable to sway institutional investors such as Dai-ichi Life Insurance, which owns most of the stock. The motion’s defeat after a six-hour meeting triggered shouting and protests among people who had traveled to Tokyo to confront executives of the utility, known as Tepco.

“Japan has a lot of earthquakes and after this accident I just don’t think there is such a thing as safe nuclear power here,” said Takako Kameoka, who came from Saitama. “It was obvious there was a majority here for the proposal, and they didn’t tell us in advance how many proxy votes they had,” said Kameoka, originally from Fukushima.

For a power company and an economy that relies on nuclear power to generate 30% of its electricity, the result comes as a relief. Nuclear power by May still supplied 20% of Japan’s power, although 35 of Japan’s 54 nuclear reactors are shut.

“The question is can Japan do without nuclear power?” said Mitsushige Akino, chief fund manager at Ichiyoshi Investment Management Company. “How much are the Japanese people willing to sacrifice in terms of standards of living?”

“The anti-nuclear sentiment is understandable,” Akino added, “but the reality is that this is difficult without considerable sacrifice to economic growth and activity.” 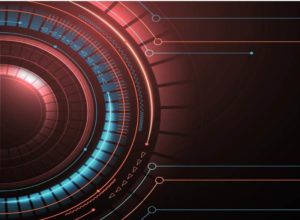