The emergence of grid-interactive buildings 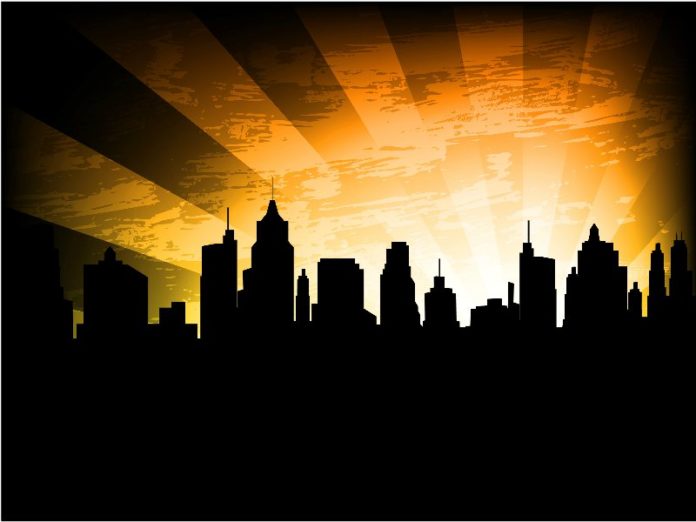 By Mike Barker, a building performance and energy engineer in South Africa

Energy flexibility of local loads are a key asset to the distribution feeder – and, where managed correctly, no municipality should fear the introduction of commercial and industrial rooftop PV installations.

The value of a distributed energy resource (DER) approach is about a more resilient energy future, where building owners and municipalities profit from available, affordable clean energy. The building and construction sectors combined are responsible for 36% of global final energy consumption and nearly 40% of total CO2 emissions according to the IEA. Energy demand is growing at 5% per annum, and once buildings become the home for charging stations for electric vehicles, demand may increase by a further 15 to 20% per annum.

• Transmission and distribution is becoming more unreliable due to extreme weather events amplified by climate change, and due to socio-economic threats such as cable theft and civil unrest; and

• PV installations and electrical storage batteries have decreased sharply in price and now, in the form of microgrids, allow buildings to self-generate and store electrical energy.

The sustainable building movement, for example the US GreenBuilding Council (USGBC) and non-profit research group, Urban Land Institute, promote the concepts of self-reliance and resilience. This approach can be summarised as follows:

Then – our future is at risk, mitigate to

Now – our future is arriving, adapt for the

Property owners are demanding that their investments factor in these new risks. The Multihazard Mitigation Council places energy continuity at the top of its list. The USGBC recognises efforts to design a building that has an element of “passive survivability and functionality”. Such a building must maintain liveable winter and summer temperatures during a seven-day power outage, meaning the temperature must not exceed the 14 SET °C to 28 SET °C range.

IRENA’s 2019 report on Corporate Sourcing of Renewables notes that 50% of 2,400 large companies analysed are voluntarily and actively procuring or investing in self-generation of renewable electricity for their operations.

Corporates have identified the benefits of self-generation as:

• the curtailment of spiralling energy costs

• the availability of tax incentives

The reality vs. ideal world of DER

Known as small-scale embedded generation* in South Africa, DER in the urban environment is a game changer for municipalities and building owners. The sustainable building movement has taken self-generation a step further and defined a net-zero building as one that has an annual zero net energy consumption. This simply means the total amount of energy used by the building on an annual basis is roughly equal to the amount of renewable energy created on the site. In theory, this can also mean the energy bill for a net-zero building is zero.

Net-zero buildings in effect use the electrical grid for energy storage, which has caused concern. In an ideal world, a magical grid will have infinite capacity and be run by a benevolent charity willing to take the meagre amounts of self-generated energy at a moment’s notice and with fabulous reward (Feed-in-Tariff) – or, at the very least, in equal exchange for electricity whenever the building needed it in the next 12 months (Net Metering).

In the real world, a neighbourhood full of buildings festooned with PV that produce excess energy in the middle of the day may find the grid unwilling to pay for that energy. More so, the ill–timed contribution from such buildings could be turned away, and any self-generated excess will therefore have no value.

Jaume Salom of the Institut de Recerca en Energia de Catalunya notes, however, that while the net-zero concept is a convenient sales tool, it is “insufficient to describe the energy performance of a building and its potential role as an active element in the energy network”. He also warns that “if the building-grid interaction at smaller timescales is not considered, net-zero buildings could have a detrimental impact on the performance of the grid at high penetration levels”.

Salom suggests that the performance of net-zero buildings will in future be measured by two related dynamic metrics: the interplay between on-site generation and the building’s demand, called Load Matching; and the resulting bi-directional flow of energy with the grid, commonly called Grid Interaction.

As rooftop PV starts to reach high penetration levels on local feeders, the above will be of concern to the municipalities – and not only because of the loss of income. Unintended consequences of net-zero buildings on the utility side include steep ramp rates as cloud fronts move across the neighbourhood and possible mid-day curtailment when all the neighbourhood PV is overproducing.

Given these issues, there is a demand that buildings now need to behave as good grid citizens, and that building owners should seek beneficial coexistence with the local grid.

Will a grid-integrated building solve the problem?

Enter the grid-integrated and energy efficient building – seen as a profitable opportunity for building owners, municipalities and Eskom to play on the same team by improving load matching where the building uses a range of energy storage technologies from thermal to electrical storage (including coupled Electric Vehicle batteries).

Grid-integrated buildings are simply buildings with microgrids. They have a mix of energy efficiency measures, energy storage, and energy generation in the form of rooftop PV, and importantly a range of flexible loads controlled by on-premises computing. This approach results in a lower and often more level energy load profile, which in turn delivers a more resilient and profitable building, that has access to new revenue streams too.

Figure 1 shows the typical daily load profiles for an office building with increased HVAC consumption at midday (1st profile). The 2nd profile shows the benefit of energy efficiency equipment that reduces total consumption and the maximum demand too. In the 3rd profile on-site PV generation is introduced, and, in the case of a net-zero building, shows the attempt to push energy back into the gird.

The 4th profile, that of what a well-behaved building may want to present to the grid, shows a blend of energy efficiency, on-site PV, energy storage, and load flexibility, which delivers a much lower and flatter load profile. A microgrid with electric energy storage, coupled with smart controls and inverters (IEEE 1547:2018), allows the building to respond to grid signals too. This can provide demand management revenue potential.

Another benefit is the ability to shape the load profile to suit future tariff rate structures, giving the building the flexibility to continue to provide grid benefits and financial returns to owners no matter how things change.

Is your building ready to be a power station?

Buildings are the natural homes of vehicles – think of garages and parking basements – which make them the most convenient location for the charging of EVs. The rapidly growing body of knowledge on vehicle-to-building-to-grid (V2B and V2G) technology covers this development.

The availability of these mobile batteries in the form of EVs allows the building to store and supply energy in volumes unheard of, and at no cost to the building owner. EVs in combination with the buildings’ PV resources are an unimagined addition to the local municipal feeders.

Owners will grow to accept that self-generation is mostly about self-consumption, and will commission microgrids to ensure that the balance between self-generated and outside grid power is profitable. But there will be no half measures. For a start, the building itself must be efficient, well-designed with flexible loads and energy storage, and well-managed – there is no point in wasting your own electricity.

In summary, grid integrated buildings represent a long-sought opportunity for building owners and the utilities to play on the same team, and share the benefits of an opportunity where all parties can benefit. ESI