The Catalan farm’s first 250kW biogas plant went live in 2011, making it the first milk producer in Spain to use residual materials for the production of energy at the time.

A quarter of the €4million investment will be spent on modernising the existing infrastructure and biogas plant. Biomethane sales have already been contractually secured – the green gas will be marketed as climate-friendly fuel via an energy service provider.

Juan Bautista Pons Torrades, managing director and owner of Torre Santamaria, said: “We view this AD [anaerobic digestion] plant as an environmental investment as it allows us to cut our own greenhouse emissions to almost zero and generate additional income from biomethane.”

The farm in Valfogona de Balaguer is also a trailblazer in other areas. Torre Santamaria was the first farm in the area to produce easily digestible A2 milk. It was also the first dairy cattle milk farm to be certified by the Lactalis Group in recognition of its animal welfare efforts.

The dairy group Lactalis purchases 22 million litres of milk from Torre Santamaria to sell under its various brands. “To produce this amount of milk we keep 2,300 dairy cows and 2,100 calves in the operating area of 14.2 hectares,” said Batisata Pons Torrades.

Every year the cows produce around 60,000 tons of input substances for use in biogas production. Cattle manure accounts for about 90% of the substrate. Bedding consisting of ground straw, as well as silage leftovers, are also fed into the digester.

Currently, Weltec is setting up two additional stainless-steel digester for the digestion of all residues on the farm. Each of the digesters is 6.3 metres high, with a diameter of 26.87m, and a capacity of 3,573 cubic metres. Mark Kornweibel, Weltec Biopower Spanish sales partner, commented: “After processing the biogas generated in the digesters Torre Santamaria feeds 300 standard m3/h of biomethane into the natural gas grid.”

Kornweibel says the existing 250kW cogeneration power plant will continue to operate despite the transition to renewable natural gas (RNG) production. The farm is thus able to cover its own power demands for heat and hot water.

After the new plant is finished in mid-2021, Torre Santamaria will continue to meet its own energy demands from its own raw material. In addition, the plant operation will help the Catalan area address security of food and energy supply by supplying the green gas market and producing local milk. 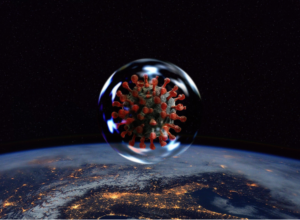