This announcement was revealed earlier this week, supporting SAA’s vision of becoming a fully bio-fuelled aircraft carrier by 2020.

Together they dubbed the project ‘Project Solaris’ as the main ingredient is the Solaris tobacco plant, which was patented by SunChem. The 50 hectares test crop was planted in 2012 and will be ready for harvest in December 2014, an eager step towards developing a cleaner aviation fuel for all airliners.

Environmental affairs expert for SAA, Ian Cruickshank told media that this project would have a great impact on both socio-economic and economic growth and development in South Africa.

‘The impact that the biofuel programme will have on South Africans is astounding: hundreds of thousands of jobs, mostly in rural areas; new skills and technology; energy security and stability; and macro-economic benefits to South Africa; and of course, a massive reduction in the amount of carbon dioxide (CO2) that is emitted into our atmosphere’, he said.

Julie Felgar Boeing Commercial Airplanes managing director for environmental strategy said that the goal for the aviation industry is to reduce CO2 emissions by 50% by 2050 and become carbon neutral by 2020. 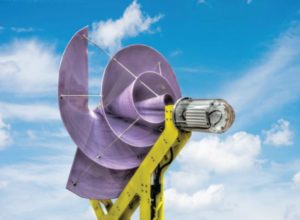