14 February 2013 – South Africa has allocated R4.7 billion over three years to support the installation of solar water heaters (SWHs) countrywide. This funding has been specifically and exclusively allocated to Eskom as the programme implementer, though a process of allocating systems to municipalities is also under development.

The first step in that process for municipalities was for the country’s department of energy to issue a Request for Information (RFI) dated 10 September 2012. The objectives were to establish a database of South African households indicating a particular municipality’s readiness to participate in the SWH programme and use the database to tentatively allocate SWH units to municipalities, which will later be confirmed after conducting full feasibility studies.

The South African government has assumed responsibility for the programme to achieve a target of one million installed SWHs by March 2015 with additional objectives of stimulating local manufacture of the units and creating employment opportunities. Approximately R400 million is available from the 2012/13 funding for providing 30,000 installations, with these funds to be allocated before the end of March 2013. The 2013/14 allocation is in the region of R1.2 billion.

The RFI process resulted in responses from 60 municipalities which are being analysed by South Africa’s department of energy to determine areas that are suitable for installation of low pressure SWHs. 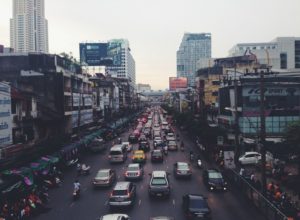 India to see world’s largest energy demand increase in next 20...