The Platinum Power Fuel Cell project is a joint venture between the Department of Trade and Industry, which funded the feasibility study estimated at ZAR7.5 million ($592,014), and energy company Mitochondria, which received loan financing of ZAR3.25 million ($253,751) from the Industrial Development Corporation, SAnews reported.

The 100kW unit has reduced the chamber’s cost by 20%, less than the going rate for electricity over a 15-year period, Mining Weekly.com reported.

“We would be able to establish small plants like this one providing power in outlying areas and areas where it is difficult to connect people to the grid,” Davies said.

“We also have a range of incentive programmes in place. Our team is available to discuss with this industry establishing a plant in South Africa and ways that government can support and encourage this very important technologically-leading value addition to our platinum reserves,” he said.

Also at the launch, industry put out a call for platinum-rich South Africa to commit to 1,000 MW of platinum fuel cell-generated electricity by 2020.

Mashudu Ramano, chairperson of Mitochondria, said the 1,000 MW commitment would help alleviate power insecurity, stimulate demand for platinum and set the country on the road to the local manufacture of fuel cells, Mining Weekly.com said.

According to Davies “an early harvest for the new technology would be in off-grid industrial estates, outlying areas, data centres, cellphone masts and back-up power units.” 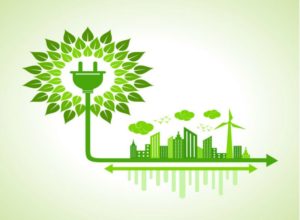 Looking into the DER technologies market