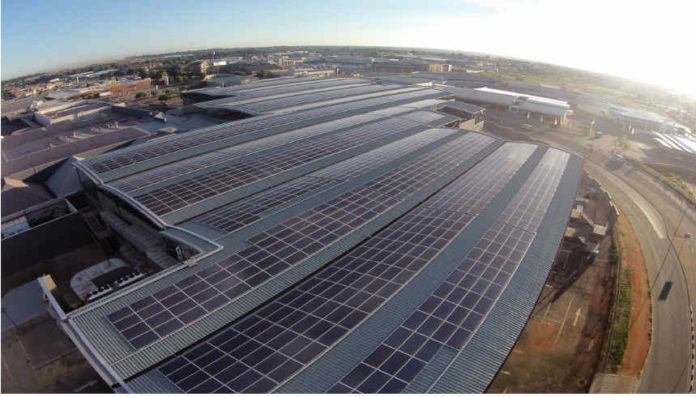 Johannesburg-based Vukile Property Fund has stated that through dedicated energy efficiency projects, it has saved nearly 3 million kWh of electricity, equivalent to over ZAR3 million ($231,000) in costs.

The Property Fund owns a direct retail-focused portfolio in South Africa and an indirect portfolio of Real Estate Investment Trust.

CEO of Vukile Property Fund, Laurence Rapp, stated that energy efficiency has been an emphasis across the company’s retail-focused portfolio, because of the multiple benefits it provides.

According to a company’s press release the firm has retrofitted 800 light fittings while upgrading its buildings.

The release further stated that the corporation has also installed solar photovoltaic (PV) panels at its properties. The installations have the capacity to generate 1.274MW of solar energy, generating around 2,089MWh annually.

“Vukile plans to do even more to cut electricity consumption in our properties and save resources. We have a dedicated, innovative and skilled team, with the right expertise to achieve our ambitious targets,” Rapp said.

The first step on Vukile’s energy management journey was knowing how much power was being used.

To achieve this, the company undertook a massive drive to introduce bulk-check meters and smart meters across its portfolio, which created the benchmark for the business to work from.

The firm’s senior manager for energy and utilities, Lodewyk van der Zee, commented: “We now have much better insight into power consumption patterns at our buildings.

According to the company, the solar plant is able to run its backup power supply on solar energy.

“Besides creating a greener footprint for Vukile’s retail property assets, solar power is an ideal solution for malls, because the sun shines during peak shopping times,” van der Zee said.