Harare, Zimbabwe — ESI-AFRICA.COM — 31 January 2012 – A 30-member delegation from the Southern African Development Community’s (SADC’s) Directorate of Infrastructure and Services will be visiting Zimbabwe this week to discuss the possibilities for future co-operation in the energy field.

The delegation will tour Kariba power station tomorrow focusing on the contribution of infrastructure to regional integration and economic development. The Zimbabwe Power Company (ZPC) will host the visiting SADC team.

ZPC managing director Noah Gwariro said the delegation was most welcome, as it would present opportunities to interact with member states. The interaction would allow the financially troubled power utility to discuss challenges the utility and the country were facing in trying to generate adequate power.

“The delegation will also discuss issues relating to improvements in trade promotion and co-operation in the context of the Southern African Power Pool (SAPP),” he added.

SAPP is a coalition of regional utilities which all make contributions on a daily basis. Countries facing shortages purchase from the energy resource pool.

There has been a growing need for co-operation and trade promotion in power among SADC countries, most of whom are facing acute shortages of electricity.

For instance, Zimbabwe requires 2,200 megawatts (MW) at peak demand, but due to constrained capacity the country is only able to produce a maximum of 1,200MW. Zimbabwe has not invested in new power generation since independence despite the economy growing exponentially until about 1997 when it went on a downward spiral.

Due to the acute shortage of power, Zesa Holdings Group of Companies (Zesa) resorts to rolling power cuts, and this has forced corporates and individuals alike to turn to expensive options such as diesel generators.

ZPC is a wholly owned subsidiary of (Zesa). It is responsible for the generation of electricity and other energy-related services in the country. 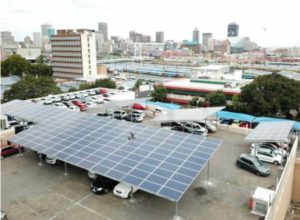