Johannesburg, South Africa — ESI-AFRICA.COM — 11 July 2011 – About 70,000 workers in the South African petroleum, chemical and packaging industries have gone on strike to demand higher pay increases, joining a week-long protest by the country’s steel and engineering employees.

“Our people have embarked on strike and will be demonstrating outside their respective areas of employment,” said Clement Chitja, head of collective bargaining at the Chemical, Energy, Paper, Printing and Allied Workers Union. The union is pushing for increases of 11 to 13% and the end of contract workers, while employers are offering 4 to 7%, he said.

The strike by workers in the energy industry may cause gasoline stations to run dry, the South African Press Association said, citing the Fuel Retailers Association.

The National Union of Metals Workers of South Africa said 320,000 workers went on strike for a 13% wage increase and an end to contract workers. Numsa won’t end the strike until its demands are met, Irvin Jim, the union’s secretary-general, told reporters here. Stalled wage talks threaten to spark separate labour action by coal and gold miners.

The pay settlements required to avert or end the strikes may push up consumer prices and increase pressure on the central bank to raise interest rates from a 30-year low. Inflation accelerated to a 12-month high of 4.6% in May from 4.2% the month before, led by rising oil and food costs.

Wage settlements negotiated on an industry-wide basis averaged 8.2% in the first quarter, according to data collated by Andrew Levy Employment Publications, a Johannesburg-based research company. 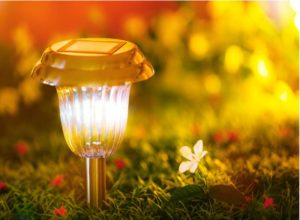