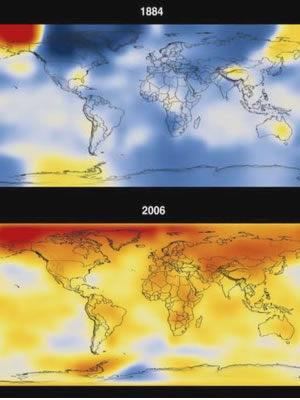 He indicated Treasury may explore a ‘cap-and-trade’ mechanism under which government would set a cap on the amount of CO2 that can be emitted. If a company needed to increase their emissions, they would have to buy credits from companies who pollute less.

According to van Schalkwyk, the 2c/kWh tax on non-renewable energy announcement by finance minister, Trevor Manuel, was a form of carbon tax which could be the equivalent of R19/t of CO2 (US$2.5/t) emitted. This was modest when compared to the €20/t-plus (US$31/t) being traded for carbon in European markets.

There seems to be some uncertainty as to whether the tax would be implemented this year, given the recent electricity tariff increases granted to Eskom. The National Energy Regulator of South Africa (NERSA) has in fact called on the treasury to review its implementation, given the burden of the price increase on consumers.

It is expected that South Africa emissions will steadily increase until about 2025, after which they will plateau, before declining from around 2030. This could mean South Africa’s CO2 emissions will be as high as 1 200 million tons by 2025 and, following the scenario outlines above, could reduce emissions by below 600 millions tons by 2050. However, for this to be achieved, the country would need to adopt a strategy which entailed adopting carbon friendly technologies and regulatory frameworks which set mandatory targets for energy efficiency. Building standards would also need to be reviewed to enforce the adoption of green building technology.

Van Schalkwyk confirmed that energy efficiency targets would in fact, soon become mandatory and that no further coal fired power stations or coal-to-liquids facilities would be approved unless the development was carbon capture and storage (CCS) ready.

A key element of future policy will be to diversify the energy mix away from traditional coal generation with a shift to clean coal and stringent thermal efficiency and emissions standards. According to sources at the DEAT there was scope for upscaling renewable and nuclear energy.

"We, as government, see nuclear as key to our climate response plans, but ultimately we want to lay the basis for a net zero-carbon electricity sector," van Schalkwyn said, dismissing speculation that climate change was a convenient excuse the push through an aggressive nuclear policy.

Eskom is currently in negotiations with various vendors to increase nuclear generation by 20 000MW by 20205.